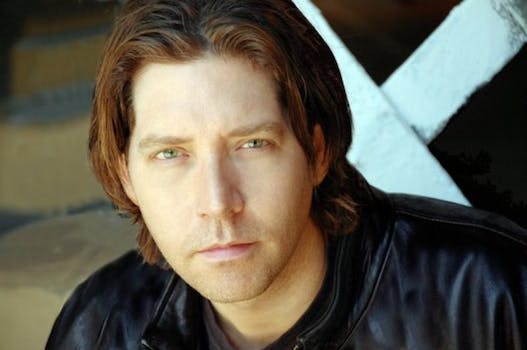 James Barbour, 48, served 60 days in prison for endangering the welfare of a minor.

An actor with a history of sexual abuse allegations and a criminal record of endangering a minor has been cast in the titular role in the long-running Broadway musical Phantom of the Opera, sparking widespread online outrage.

Last week, producer Cameron Mackintosh announced that James Barbour, a 48-year-old Broadway veteran and star of such productions as Urinetown, A Tale of Two Cities, and Beauty and the Beast, would take over the role of the Phantom on Feb. 9. Barbour succeeds Norm Lewis, the first black actor to play the Phantom on Broadway.

In 2006, Barbour was indicted on nine counts of sexual abuse, including engaging in criminal sexual acts, after a 15-year-old fan accused him of fondling her backstage after a production of the musical Jane Eyre in 2001.

Barbour later told a judge that he had two other separate sexual encounters with the girl: Once at a restaurant, where he fondled her under a table, and once at his apartment, where they had oral sex. (Another alleged victim also reportedly came forward.) In 2008, Barbour pled guilty to two misdemeanor counts of endangering the welfare of a minor and was charged with a 60-day jail sentence and three years probation.

Although Barbour has since been featured in a slew of regional theater productions and cast recordings, including the 2011 recording of Dracula: The Musical, his role as the Phantom marks his first appearance to Broadway since 2008, when he starred in A Tale of Two Cities.

As one might expect, many Phantom devotees are unhappy with the casting decision. Chris Peterson, the editor-in-chief of the Broadway blog OnStage, posted a detailed timeline of the accusations against Barbour and urged fans to boycott the production.

“We have come a long way, in a short period of time in properly addressing the reality and brutality that is sex abuse in this country,” Peterson wrote. “What the producers and [Phantom casting firm] Tara Rubin Casting have done is take a terrible step backward.”

Fans also sounded off on the Broadway show’s Twitter and Facebook pages, taking Phantom‘s producers to task for their dubious casting choice and their insensitivity to sexual assault victims. Many also took issue with the fact that Barbour was cast as a romantic lead, sending a troubling message to young female fans of the show.

Reason number 2347 not to see @PhantomOpera on Broadway: Hiring a sex offender to play the Phantom.

— Michal is emotionally compromised by The Witcher (@inkasrain) January 18, 2015

“@Mariska: #NOMORE "he said he was sorry". pic.twitter.com/P7GnJEsOzu” @ James Barbour and his fans and @PhantomBway media team

James Barbour is a child molester and should not be allowed the privilege of performing on Broadway. Especially not as Phantom.

In response to the social media outcry, the Phantom producers issued the following statement on Facebook:

Barbour, for his part, has not issued any public response to the criticism. He is, however, reportedly blocking fans who criticize him on Twitter.

Phantom of the Opera opened on January 26, 1988, and has had more than 11,000 performances as of January 2015. It is the longest-running musical in Broadway history.