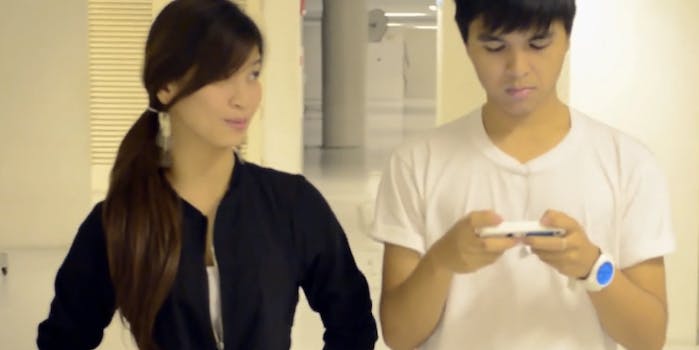 Jam Sebestian, one half of popular Filipino YouTube couple Jamich, has died

The massively popular couple has battled lung cancer for the last year.

The Internet love story of two Filipino YouTube stars has come to a tragic end, as one half of the pair succumbed to lung cancer this week.

Jam Sebastian, a celebrity in the Philippines, achieved massive fame on YouTube when he and his love interest, Paolinne Michelle Liggayu, began acting in videos together on the platform in 2011. They had been a couple since 2008, but portrayed their relationship, both fictionally and personally, on social media for the last four years. They have more than 543,000 subscribers, and their first upload, “By Chance,” has more than 7 million views.

However, the duo stopped updating YouTube nine months ago after Liggayu proposed to Sebastian, who had recently been diagnosed with stage 4 lung cancer. Asian blogs followed Sebastian’s fight against the disease via updates from him and his family until his death was announced Wednesday.

Couple-based YouTube channels are a trend globally, with many YouTubers finding and documenting their relationships on the platform. That means when the couples find happiness they have a built-in cheering section invested in their achievements and relationship. But they also have a community with opinions on their love life when things turn sour.

When tragedy strikes, that means they’ve also got a network of support. Liggayu memorialized Sebastian on Twitter, and fans also took the to platform to remember the entertainer.

RIP Jam #PaalamJamSebastian :( You've been a great part of our lives. thank you for the inspiration. See you in God's time in His kingdom ☺