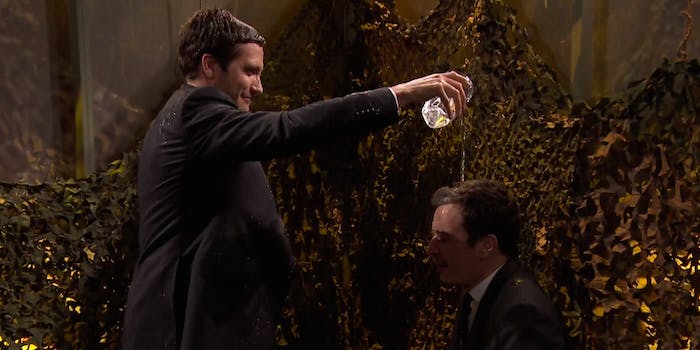 War is hell—and so is getting drenched in water for it.

The stakes of War are even higher when water is involved.

While appearing on The Tonight Show, Jake Gyllenhaal initially seemed hesitant to get himself into one of Jimmy Fallon’s many, many shenanigans, but by the end of the wackiest game of War we’ve seen, he was completely sucked in. He was trading banter, getting competitive, and even gaining revenge for his family. It was a tough battle, but these two kept marching on.

War is hell, but imagine how much crazier it would’ve been if they had played Egyptian Ratscrew instead: half as long, cards everywhere, and probably even more anger.