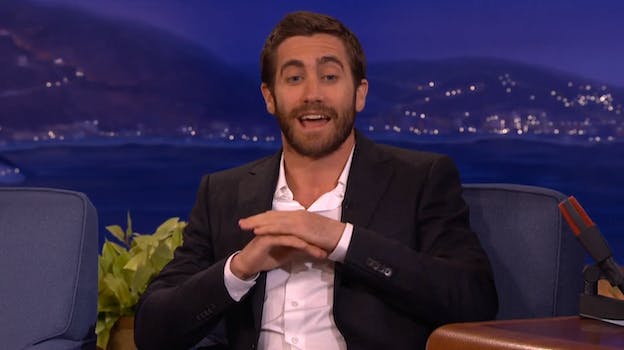 His costumes were elaborate—and he despised them.

And you thought you had some rough childhood memories of Halloween.

Most of us wore some sort of costume—along with some degrees of embarrassment—as children. Sometimes they were store-bought; other times, our loved ones spent days assembling them by hand. Actor Jake Gyllenhaal fell into the latter category. As he explained on Conan on Thursday night, his dad was obsessed with making Halloween costumes, so he often found himself wearing things like spandex or an assortment of boxes.

Had this happened today, Gyllenhaal would surely have been the talk of the Internet. Even so, the ordeal was thoroughly embarrassing for young Jake. One time his father dressed him as a house and installed a chimney on top where adults could put candy. Like disappoinment icing on the embarrassment cake, Gyllenhaal couldn’t even reach the candy. Add to that the fact that he had to wear spandex multiple years, and you can see why these incidents amounted to minor trauma for the accomplished actor.

We can only imagine how famous costumers like Neil Patrick Harris’ kids and Zoey Hutain will feel about their outfitswhen they get older.