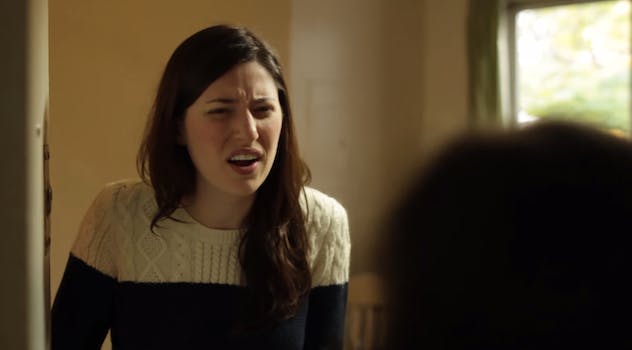 Meet the Web’s most cringeworthy neighbors

Jackie Jennings' Neighbors blows out the old sitcom trope of the crazy neighbor next door.

Remember the thrill of Kramer busting through Jerry’s doorway with raucous disregard for the tenant on the other side? If you hanker for that unexpected entrance, your zany neighbor fix could be just a YouTube click away.

Jackie Jennings’ Neighbors blows out the old sitcom trope of the crazy neighbor next door: Each episode features a bizarre new acquaintance. And the titular neighbors come bearing wild demands (a vegan claims she can smell the chicken Jackie’s been cooking and suggests she try something “cruelty-free”); unwanted gifts (a neighbor is getting rid of some “really great stuff” she wants Jackie to take a look at, like the ends of loaves of bread); and useless services (“I’m from an organization called Sister Showers, where we sit outside of each other’s bathrooms and we guard them while they’re showering”).

Jennings, who writes and edits the series herself, stars as the straight-man to each of the crazy visitors. She is endlessly wide-eyed and polite, swatting away unsavory volleys with a resting smile. Her inability to deny her neighbors’ requests, no matter how far-removed from reality they may be, is both painful and hilarious to watch. Jackie goes just to the edge of saying no, and then retreats into a sea of smiles and nods. This gives the series a refreshingly grounded tone. The characters who visit are unusual, but the world they occupy is quiet and familiar.

If you’ve ever lived in an apartment in New York City, you’ll surely identify with the uncomfortable navigation of uninvited intimacy. Jennings, who previously created the NYTVF Comedy Central Short Pilot finalist Life’s Great with Susan Casey and Veronica Osorio, draws inspiration from her own daily frustrations and observations. “I’m the straight man in all of them, but in reality there are things where I want to go bang on someone’s door.”

Despite a pared-down aesthetic and seemingly mundane themes, the arrival of a new neighbor in each episode keeps the series feeling fresh. The visitors are always uniquely hilarious, from episode 1’s Langan Kingsley as riotously self-congratulatory vegan Donna to episode 2’s Kristen Acimovic, who delivers a brilliant blend of charitable and aloof. And Nicole Drespel is pricelessly paranoid as a visiting representative from “Sister Showers” in episode 3.

The newest episode of Neighbors, released today, stars Morgan Miller as a neighbor who gives Jackie a friendly warning about the crude noises that will be coming from her apartment at night. The exchange is fast-paced and unnerving as Miller practically swings through the doorway to share unnecessary details about what Jackie can expect to hear.

New episodes of Neighbors release weekly on Jennings’ YouTube channel. Check them out for some smart, down-to-earth, awkward fun.