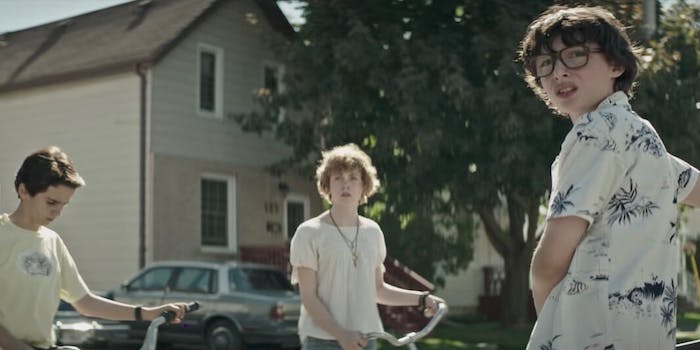 It'll scare the pants off you.

A new clip from It, the latest adaptation of the famed Stephen King novel, debuted at the MTV Movie and TV Awards Sunday night.

The tension builds as the Losers’ Club investigates a sewer with plenty of potty humor, and they discover a missing girl’s shoe in the water. But Pennywise and his floating red balloon are never far behind to terrify them—and us.

We’ll all be on edge the next time a balloon pops near us.

Don’t turn off the lights during this brand new clip of "IT" from the #MTVAwards airing right now! pic.twitter.com/2rTf7HcATO

It debuts in theaters on Sept. 8.