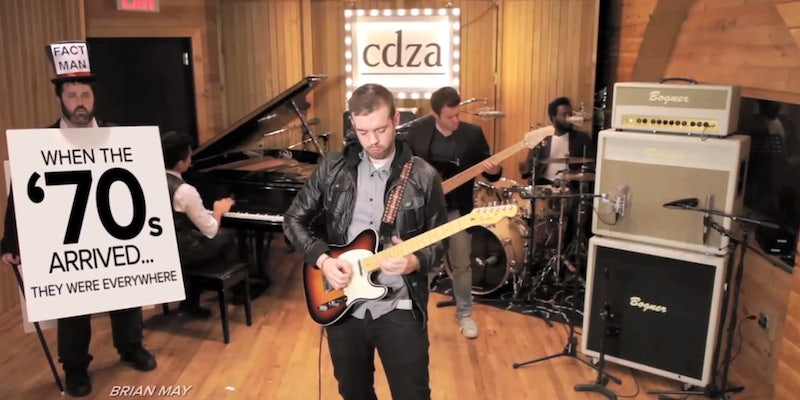 This medley of 28 iconic guitar solos goes to 11

For those about to rock, CDZA salutes you.

CDZA wants to teach you the history of the guitar solo, one iconic riff at a time.

In the first episode of the New York-based band’s new series, The Instrumentals, guest guitarist Mark Sidney Johnson crams 28 songs from roughly 50 years into a six-minute medley that covers everything from Chuck Berry to the White Stripes.

There are some debatable choices being debated in the comments—it skips punk, claims the “highest level of epicness” was achieved by Guns N’ Roses, and features John Mayer—but it’s a cool crash course in the school of rock.