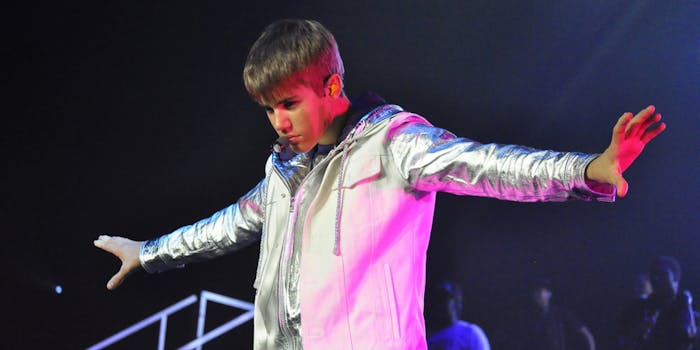 What are Justin Bieber and Taylor Swift’s favorite Instagram filters?

Can we just get rid of Kelvin already?

Picking the right filter is a crucial part of getting your Instagram post to that magical 11-like milestone, but for me at least, doing so usually entails just clicking on different ones until I get bored. To develop a better understanding of what filters are the best, I decided to study under some of the greatest Instagram masters: pop stars.

Using a package developed for the programming language R by the great Pablo Barberá, I scraped the most recent 250 posts of the top 15 most-followed musicians on Instagram. Instagram is actually really good at making their data accessible, so each post comes with a lot of metadata (hey, if the NSA has it, why shouldn’t everyone?), including which filter the post uses. 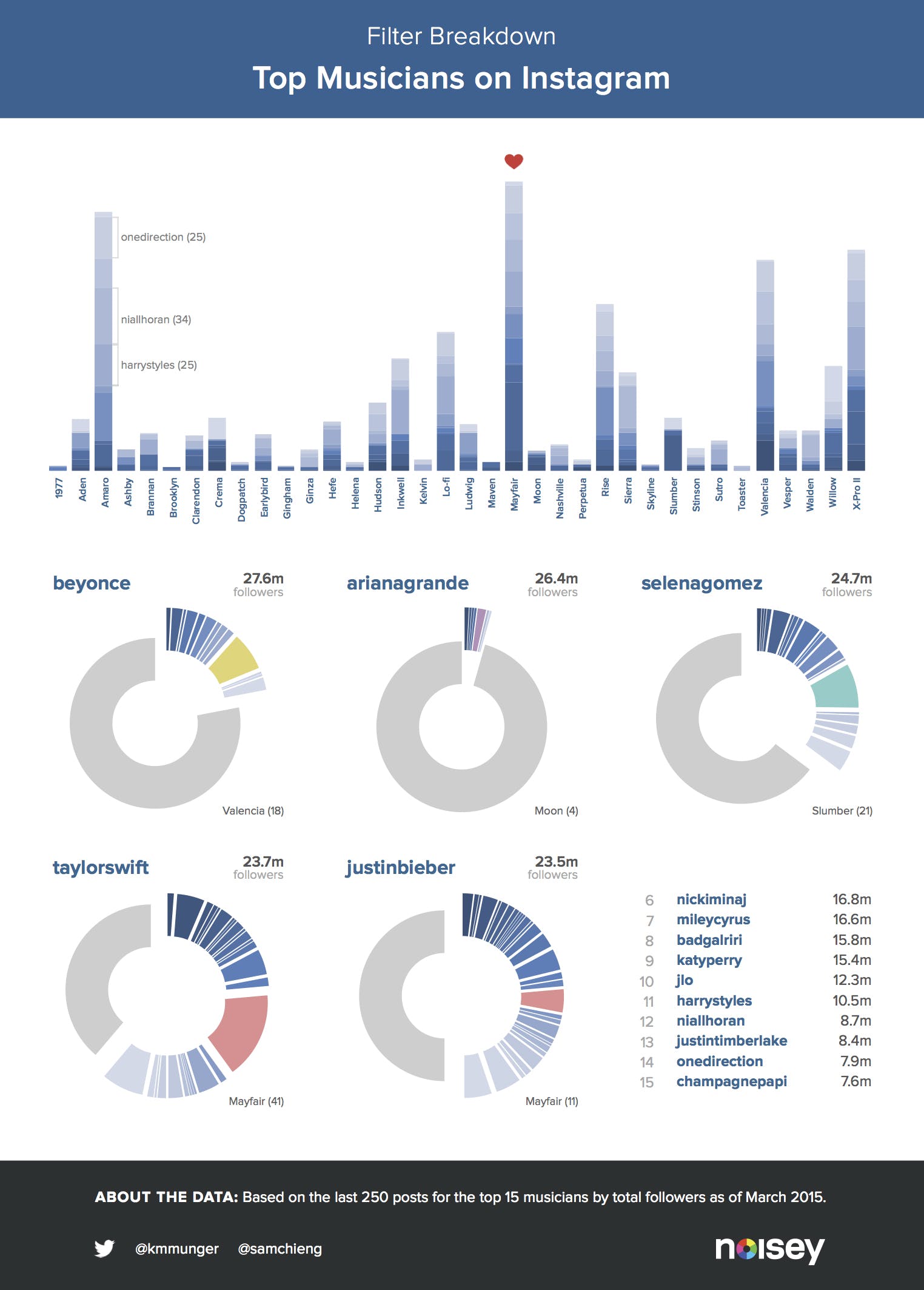 The first thing I noticed is that using a filter on every post is a serious faux pas. For every user in the sample, Normal was the number one filter, often by a large margin. I had to go pretty far down the list of most popular accounts to find someone for who this is not true; it turns out that Miranda Kerr and Paris Hilton are OBSESSED with Valencia. So I’m definitely going to use that one.

While the top musicians used a large variety of filters, when you aggregate them, some definite patterns emerge. As you can see in the graphic (made beautiful by graphic designer Sam Chieng), the most popular filter overall is Mayfair, followed closely by Amaro, X-Pro II (which is the dumbest filter name other than “Toaster”), and yes, Valencia. Among the filters to be avoided are 1977, Gingham, Brooklyn (try hard much?), Dogpatch, and Maven. And the trenchant cultural observers at Broad City are right about Kelvin—don’t use it.

The filter use of the top five accounts is further broken down. As you can see, Queen Bey is the most-followed musician on Instagram, and she uses filters less than a quarter of the time; her favorite, too, is Valencia. Ariana Grande is the queen of the #nofilter crowd, while TSwift is a filter fanatic, using them in about two-thirds of posts and favoring Mayfair by a significant margin. The Biebs is also a Mayfair kind of guy, while his former sweetheart Selena Gomez prefers Slumber.