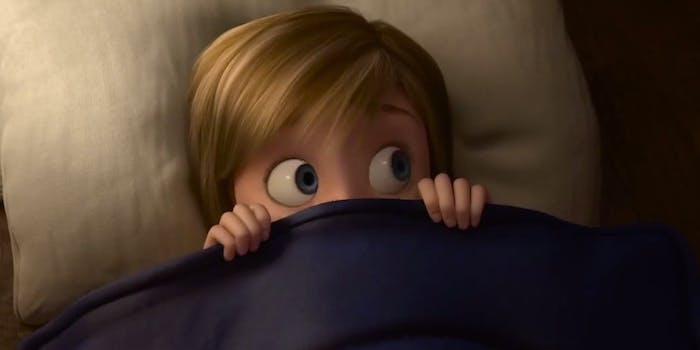 Here’s the adorable new trailer for Pixar’s ‘Inside Out’

Who doesn't have Amy Poehler's voice in their heads at all times?

The latest trailer for Pixar’s Inside Out was just released, and we’re feeling a lot of emotions about it.

The film revolves around a young girl named Riley, and the “little voices in our head.” Those little voices are Riley’s emotions, and they’re voiced by one of the most perfect casts ever: Amy Poehler (joy), Mindy Kaling (disgust), Bill Hader (fear), Phyllis Smith (sadness), and Lewis Black (anger). How much easier would adolescence have been if you had that team rattling around in your brain?

I mean, Amy Poehler is one of the voices in my head as an adult.

Inside Out debuts June 19.