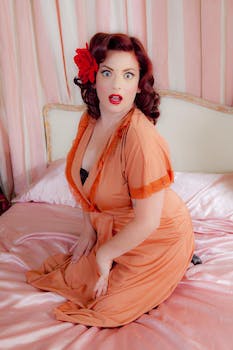 Do people form relationships with podcasts? Sara Benincasa thinks so.

Last month, comedian Sara Benincasa posted a preview of her new podcast, in which she interviewed her mother about childbirth and drugs and dropped the word “cunt” a few times. Instantly, you feel like you and Benincasa are best friends splitting a bottle of wine.

That’s intentional. In the Casa with Sara Benincasa debuted today on podcast network Cave Comedy Radio, home to Emily Heller and Lisa Hanawalt’s Baby Geniuses and Michael Che and Thomas Dale’s Nobody Asked You. The first episode features Marcus Parks, a Cave Comedy Radio producer, and they talk about God’s existence and mental health, among other things. Future guests are set to include comedians Michael Ian Black and John Hodgman, plus Transparent creator Jill Soloway.

“I’ve wanted to do my own podcast for a while,” Benincasa said. “I thought the simplest concept is this: I go to the house, the casa if you will, of someone I think is awesome, or they come to my casa and we talk. I want it to feel like a dinner party where the listener is invited and they get to meet these cool, interesting people, some of whom are famous, some of whom are not. But all of whom are fascinating and have stories that need to be heard.

“I would love it if people who listened to this podcast felt as if they were eavesdropping on these friends, just talking really freely about the events of the day, news, love, and life in general,” she added. “I don’t want it to feel like a celebrity interview. I want it to feel like two people being goofy and having a good time. Or two people being emotionally intimate and having a good time.”

Benincasa’s background in radio (she hosted a show called Get in Bed on Sirius XM) translates perfectly to podcast. She’s an engaged, witty interviewer, but knows when to let her guest take the reins. The flow of In the Casa is much like that of Julie Klausner’s How Was Your Week.

Podcasts have reached something of a tipping point. Marc Maron’s podcast in now the centerpiece of his IFC show. WFMU’s beloved The Best Show is becoming a podcast, and This American Life offshoot Serial has the Internet obsessed. (Benincasa says she was listening to Serial, but had to stop, “because it started making me ask myself questions about voyeurism and I got uncomfortable.”)

“I will say this: I want In the Casa to be Serial without murder,” she added. “I am Sarah Koenig, but not investigating whether or not Adnan did it. Just maybe talking about books and feelings.”

Listening to "Serial." Man, prison is rougher than I thought. They can interrupt you in the middle of recording a podcast!

When asked why the podcast has proliferated so freely, Benincasa points out that there’s an intimacy that you can’t necessarily find elsewhere.

“I think it’s a very intimate medium,” she said. “The person who listens has to create images of what he or she is hearing, and so podcasts require you to fill in the visual elements and have some control over your experience. You are co-creating the experience with the podcast host and the guest. You can also listen to it when you want to. You can listen to it falling asleep in bed. What’s more intimate than that?

“I think people form these solid friendships in a way with podcasts. They form relationships. The accessibility of the medium is such that you can just plug in a couple mics and go. I think that’s why it proliferates so easily.”

To fund the show, she decided to go through Patreon, which furthered that intimate feel.

“For example, today I have a photo shoot [to do] goofy lingerie photos and they’ll be available only to patrons. So if someone feels like looking at a size 12 to 14 woman in her underwear, I can make that a reality.”

In the Casa airs every Tuesday on Cave Comedy Radio.