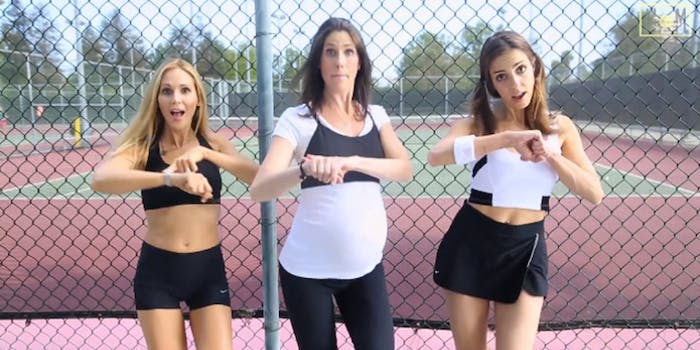 A new ‘Fancy’ parody is born with ‘I’m So Pregnant’

The "song of the summer" has reached the unborn.

“Fancy” is already being called the “song of the summer,” because we as a cultural would surely perish if we couldn’t identify the song of the summer. “Fancy” has received the lip-synch treatment from a father and daughter, and its prevalence on teen Vine is sort of frightening.

Its popularity has now moved to the unborn. The ladies of the What’s Up Moms YouTube channel decided to revise the narrative of “Fancy” for their own purposes, and have given the world “I’m So Pregnant.” Yes, this baby might come into the world knowing the words to an Iggy Azalea song. Is that a blessing or a curse?

Proceed with caution, new moms. The baby backlash against “Let It Go” has already begun. “Fancy” could be next.