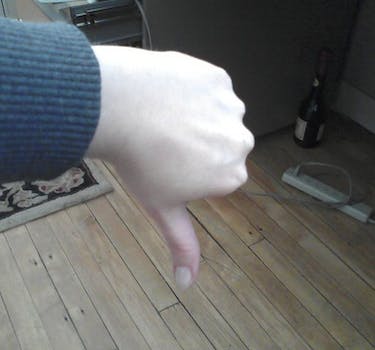 Time is a precious commodity. Thankfully, a swathe of opinionated so-and-sos are all too happy to give everyone advice on where to spend our time and money.

Many people turn to critics and their friends when deciding which film to watch, since a movie can account for a solid chunk of your day. Wasting time on a dreadful movie is something many people want to avoid, but some of us are gluttons for punishment, are keen to watch as many flicks as possible, or just have terrible taste.

For those of us who sit through and genuinely enjoy otherwise widely reviled works, a Twitter account is on the scene to share our poor taste. @ILikeShitMovies seeks out and retweets those who enjoy films many other people believe to be steaming piles of garbage.

Since it started earlier this week, the account’s shared more than 70 RTs, picking up more than 1,500 people content to munch popcorn and watch the car crash of questionable opinions. To test the theory that the movies these people are watching are genuinely bad, we’ve included the Rotten Tomatoes score (an aggregation of critic’s opinions, where a score above 60 percent is considered good) for each.

The Tourist: 20 percent on Rotten Tomatoes 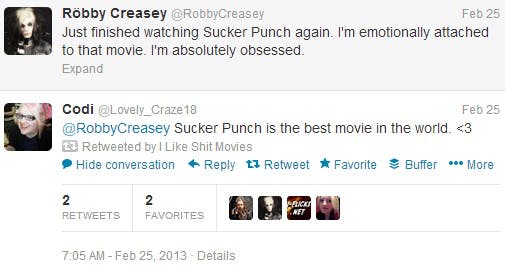 The Adventures of Pluto Nash: 7 percent

Photo by SarahSphar/Flickr, GIF via GIFSoup