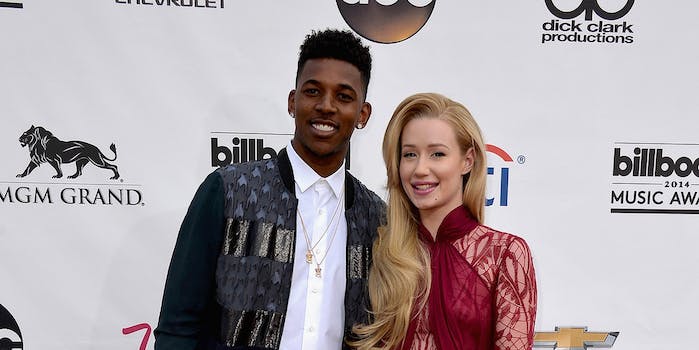 The proposal wasn't that fancy.

A majority of Iggy Azalea‘s Great Escape tour was recently canceled. Azalea says it was a personal choice to preserve her mental health, but there was speculation that there wasn’t enough interest, or that there was a rift with management. At least one person is still interested: her boyfriend Nick Young, who proposed to her last night.

Internet proposals are often frustratingly elaborate or concocted specifically to go viral, but the Lakers player’s proposal was fairly simple. Azalea took the ring out of giant box and said yes.

Swaggy P celebrated his birthday tonight by popping the question to his girlfriend Iggy! pic.twitter.com/mF3W5eRau2

Young’s always had Azalea’s back, and by back we mean he once threatened an ESPN anchor on Twitter who dissed her. We think it’s gonna last.