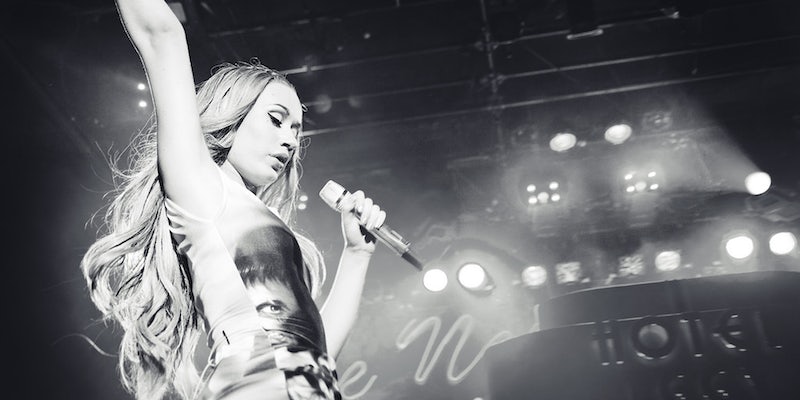 All your chanting and vision boarding has paid off, because Iggy Azalea and Britney Spears just released a song together.

Azalea and Spears both took to Twitter around midnight to announce the song’s official release, though the track leaked a couple days earlier, in accordance with the laws of the Internet.

And if you happen to be taking an Uber in Los Angeles yesterday, you might have gotten a first listen.

Yes, the beginning of the song sounds a lot like Azalea’s “Fancy,” but the fanboys and girls don’t seem to care. And though the video is yet to come, the concept art gives us hope that they both get shot into space and film a reality show there. According to Billboard, however, the video will be an homage to ’80s film Earth Girls Are Easy.