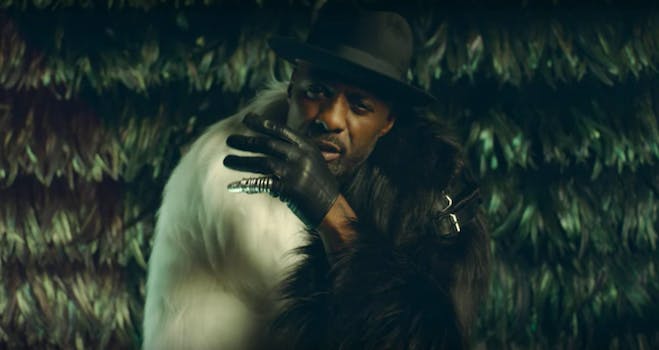 Psst. Idris Elba is in this Macklemore video

Not the Gunslinger, but the next best thing.

The other day, Dark Tower fans caught their first glimpse at Idris Elba’s gunslinger on the set. But we may have gotten an even better look at what that might look like in action in the unlikeliest of places.

Elba joins Macklemore and Ryan Lewis in their new music video for “Dance Off,” and while that requires you to watch a Macklemore video, it’s worth it for Elba alone. In the first 15 seconds, he dons a Cruella de Vil-esque fur coat, leather gloves (with a metal ring on his left pinky), and a cowboy hat as he drops the chorus.

And Macklemore brings some moves too, I guess.