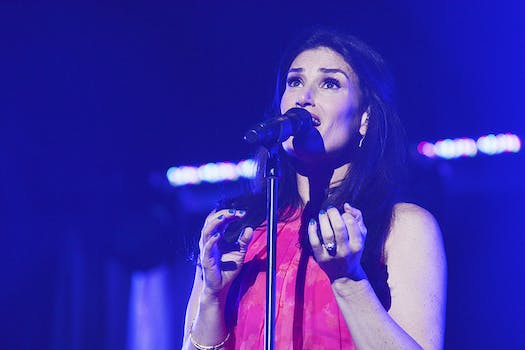 Idina Menzel took to Twitter to respond to critics of her performance of Frozen‘s diabolical anthem “Let It Go” at Wednesday night’s New Year’s Eve celebration in Times Square.

Menzel is a Tony-winning performer who originated iconic roles in Rent and Wicked. She’s currently headlining the cast of If/Then. But all that mattered to some of the armchair critics of her New Year’s Eve performance was that she didn’t quite make it to the stratosphere that the final high note of “Let It Go” demands.

On Twitter, she responded briefly to the ensuing backlash from the public, with a scan of a response she gave recently to an interview in Southwest magazine:

This is something I said in an interview a few months ago. pic.twitter.com/J63wLZJHnp

The quote, in response to the question “How do you define success?” reads as follows:

There are about 3 million notes in a two-and-a-half hour musical: being a perfectionist, it took me a long time to realize that if I’m hitting 75 percent of them, I’m succeeding. Performing isn’t only about the acrobatics and the high notes: It’s staying in the moment, connecting with the audience in an authentic way, and making yourself real to them through the music. I am more than the notes I hit, and that’s how I try to approach my life. You can’t get it right all the time, but you can try your best. If you’ve done that, all that’s left is to accept your shortcomings and have the courage to try to overcome them.

A Billboard reporter covering the event described Menzel’s emotional connection to the audience as “exuberant.” But that didn’t stop the public from dissecting her performance.

As with her other major live performance of the song—last year’s Oscar ceremony—Menzel’s handling of “Let It Go”‘s difficult finale drew criticism.

This time around, however, she didn’t have John Travolta’s bizarre mispronunciation of her name to upstage her own performance.

Menzel didn’t seem bothered by the criticism. After all, when you’re the singer at the center of the soundtrack that sold 3.5 million copies in 2014, you can afford to ignore the haters.

For the rest of you who just have to be critics, you can watch Menzel’s New Year’s Eve performance here.