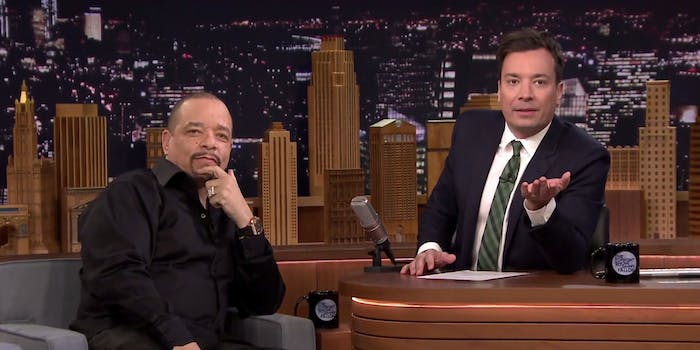 Classic cartoons are so much funnier with Ice T’s voice

Dora the Explorer, G.I. Joe, and Scooby-Doo get the Ice T treatment, and it's pure gold.

Did you know Scooby-Doo, G.I. Joe, and Dora the Explorer were all voiced by the same person? OK, they weren’t before. But on The Tonight Show Starring Jimmy Fallon, the rapper and actor Ice T re-voices our childhood favorites, and it’s pure gold.

Does it matter if we don’t recall what the character actually said? Not really, because Ice T’s rendition is an improvement for us in adulthood—and better than we imagined, especially once he gets his hands on Dora.

If this is his audition tape for future animated projects, we’re all in.