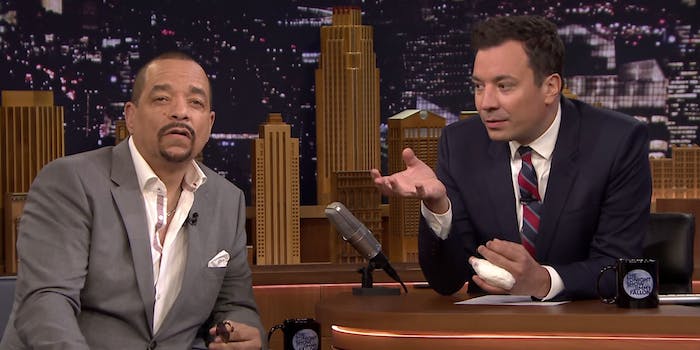 Remember that time Ice T did the voice of Papa Smurf?

Ice T has no time for your broken finger, Fallon.

We’re starting to think the only reason Ice T appears on The Tonight Show Starring Jimmy Fallon is to show off his cartoon voices.

Last night, Ice T reprised his roles in classic cartoons like Dora the Explorer, but did you also know he did the voices for shows like The Care Bears and The Smurfs? Do you remember when the blue Care Bear turned a Roomba into a bong? Or when Papa Smurf bitchslapped a fellow Smurf?

Ice T’s Fallon diss is the best use of a Dora the Explorer clip yet.