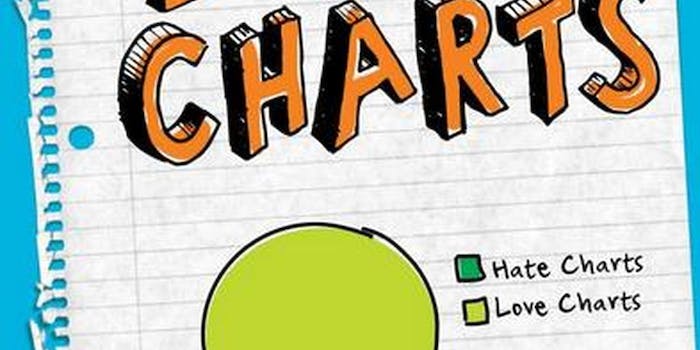 “Every part of the experiences I've had with this blog has been surprising and unexpected,” co-author Cody Westphal told the Daily Dot.

When the going gets tough, the tough get creative.

In 2009, when unemployment hit a record high of 10.2 percent and the country faced the worst economy since the Great Depression, Hamilton College graduates Jason Oberholtzer and Cody Westphal tried to make the most of their dire situation.

“We were unemployed, or close to being unemployed. The market had just crashed. It was not looking so good,” recalled Oberholtzer, 26, to the Daily Dot. “So we tried to one-up each other by trying to find the most depressing recession chart we could.”

After getting a good laugh, the pair decided to start a Tumblr to feature other funny and interesting charts they found around the Web. They called the blog I Love Charts.

Now three years later, the blog has more than 100,000 readers who have helped turn the two college friends into published authors. 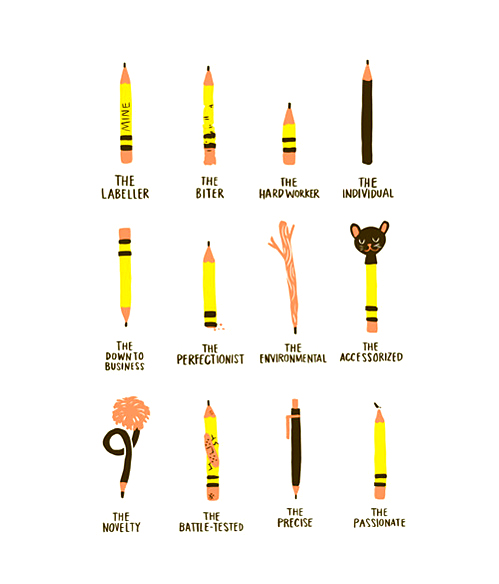 On Tuesday morning, Oberholtzer and Westphal’s I Love Charts: The Book hits the stands of Urban Outfitters stores around the world and at Amazon.com.

And it was no small task.

“Working within the physical limitations of page size was something we never had to really consider before,” Westphal, 25, added.

“Online you simply zoom and scroll and can include images that are both very large and very small, while with the book we had make sure that the images and charts we wanted to include would be legible when printed.”

The pair were contacted by a Sourcebooks literary agent in the summer 2011 with the idea of turning their award-winning blog into a book. The process of choosing what charts to include was a laborious one, Oberholtzer said.

“It took a number of turns before it became the book it is now,” he said. “Originally it was going to be a coffee table book. But we didn’t feel too good about that. We felt like you could get that online. We didn’t want to be those guys that take a blog, slap a cover on it, and sell it to people.”

Last fall, the duo decided to switch gears and include original essays to accompany each chapter-worth of charts. The pair finished the book in early February and recently celebrated by sponsoring a meme contest.

Using the Snoop Dogg image from the International Business Times’s illustration explaining the Tupac Shakur hologram at Coachella, Oberholtzer and Westphal asked fans to photoshop the rapper into creative-looking charts. The pair asked the community to upload their creations on the Snoop Gets Technical Tumblr blog, where the two with the most notes got a signed copy of the book.

“I talked to [Tumblr community manager] Christopher Price (Topherchris), and he doesn’t remember someone doing a contest like it before,” Oberholtzer said. “It’s pretty successful. In one day, more than 500 people followed. That’s pretty good.”

As it turns out, the winning illustration from Cody Welter not only received a free book but the reigns to the blog, Oberholtzer said. 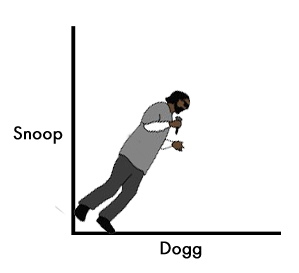 Oberholtzer now hopes to turn his attention to a narrative nonfiction book he’s writing. Westphal is excited to see what sort of reception I Love Charts: The Book receives.

“There have even been a few moments in my life when I’ve thought I was good at it. But I never would have guessed that I would be co-author of a published book that was being sold across the country. This whole experience has just been incredible and exciting. It’s been a lot of fun making this book, and I feel very lucky that Jason and I have had this chance.”