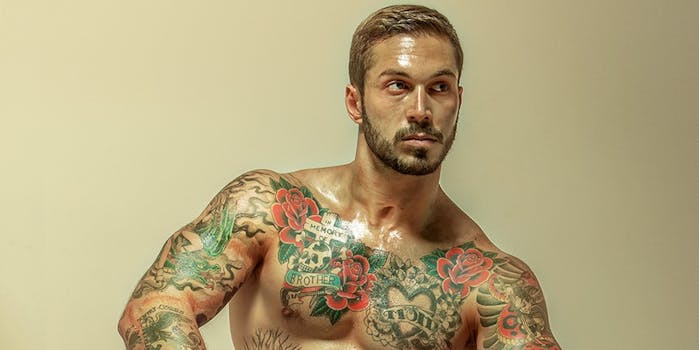 The Hunger Games’ viral marketing site is back in business, now with a beautiful photoshoot of Panem propaganda icons.

Capitol Couture is a fashion magazine from the Hunger Games’ image-obsessed dystopian Capitol, offering exclusives on Hunger Games tributes and strange new fashion trends in the city. Their latest effort is a series of photos titled “One Panem,” showcasing a “hero” from each one of the oppressed and often poverty-stricken districts.

With the next Hunger Games movie introducing a fully-fledged rebellion against the Capitol, this photoshoot is evidently meant to be propaganda, trying to get citizens to stay proud of their own district’s role in supporting the Capitol. 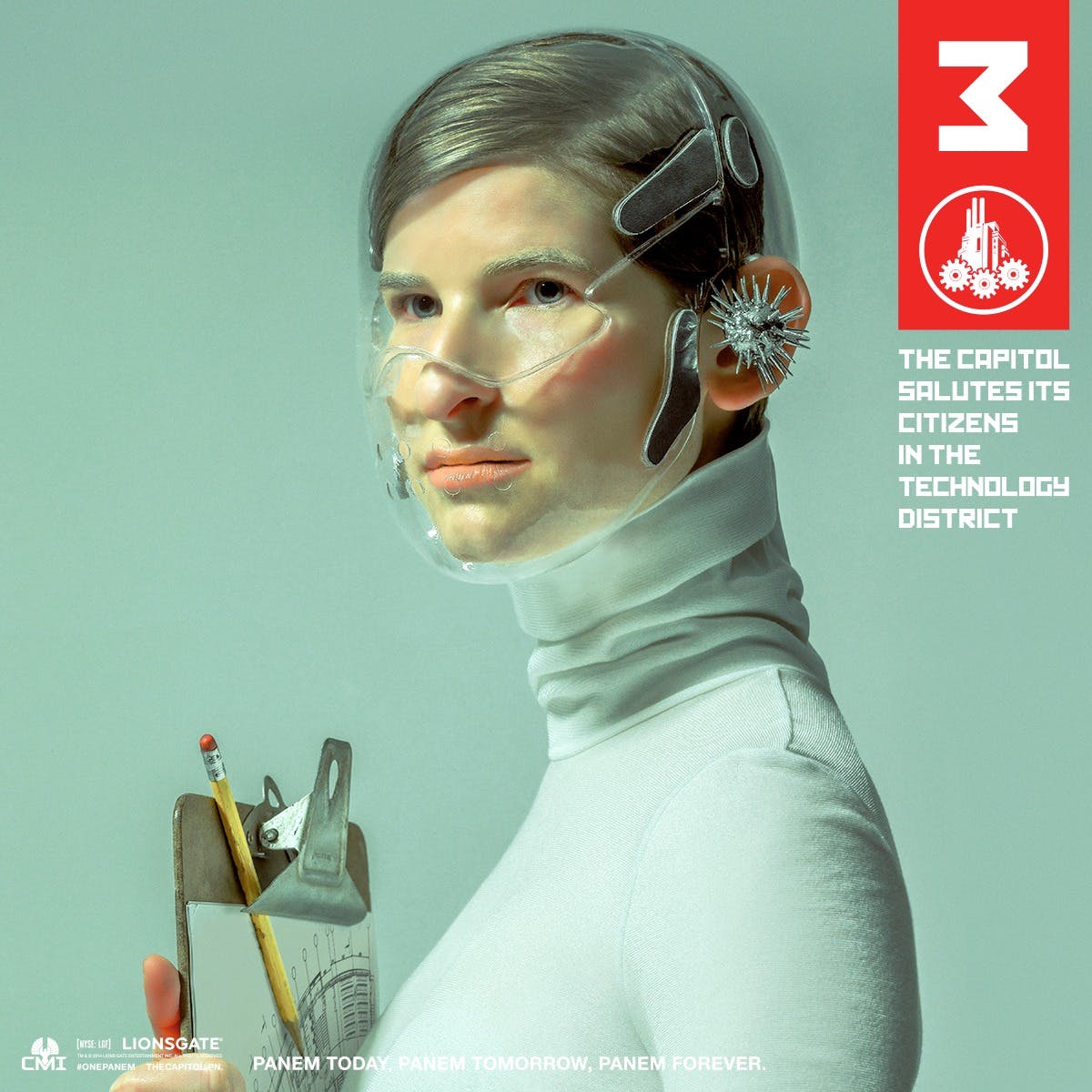 “We in the Capitol strive to create a secure, harmonious environment,” reads the blurb for tech District 3’s hero, Fibre Bissette. “Your infinite contributions enable us to make that goal a reality. Never forget how your superior deeds keep our wonderful country grounded. Never forget how your programming provides a link to Panem’s history. Never forget the significance your work has engineered.” 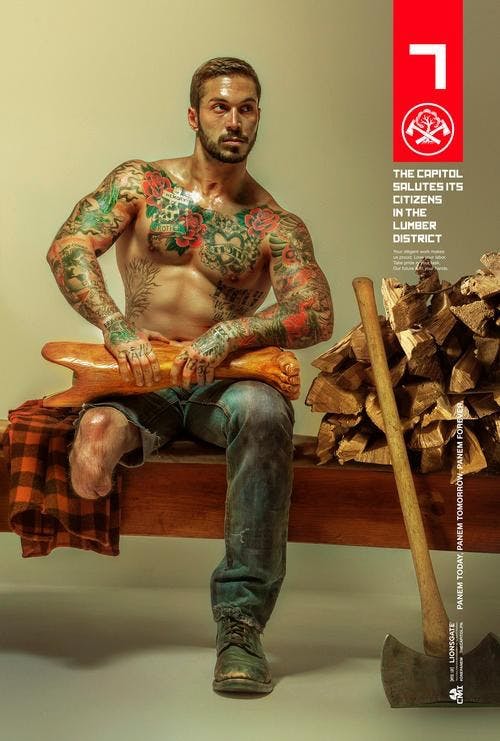 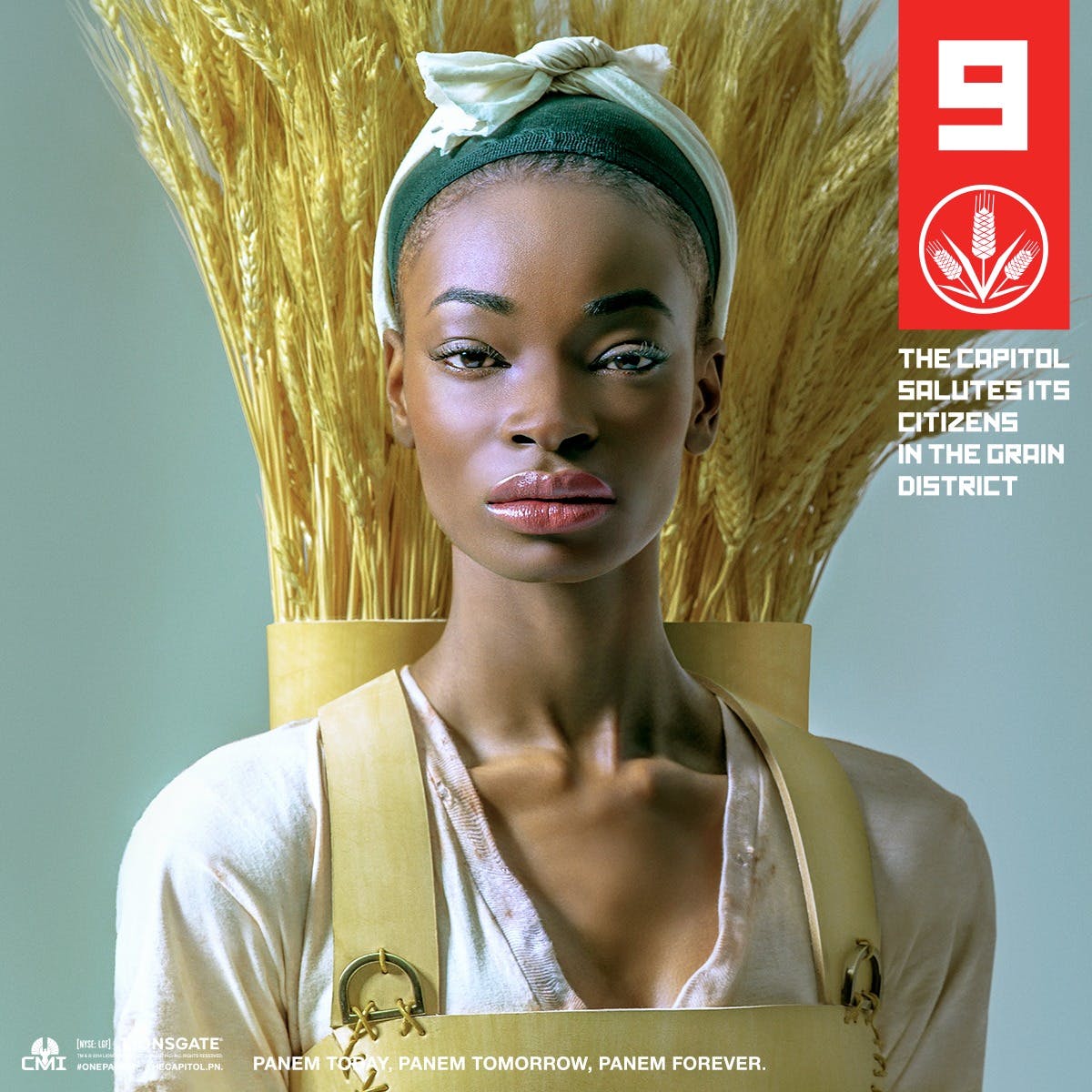 The photos range from fashion shoot to Norman Rockwell-esque scenes of patriotic strength, especially for the districts who focus on manual labour. The overall look is like a vintage Life magazine photo spread, even down to the red rectangular logo in the corner of each photo. 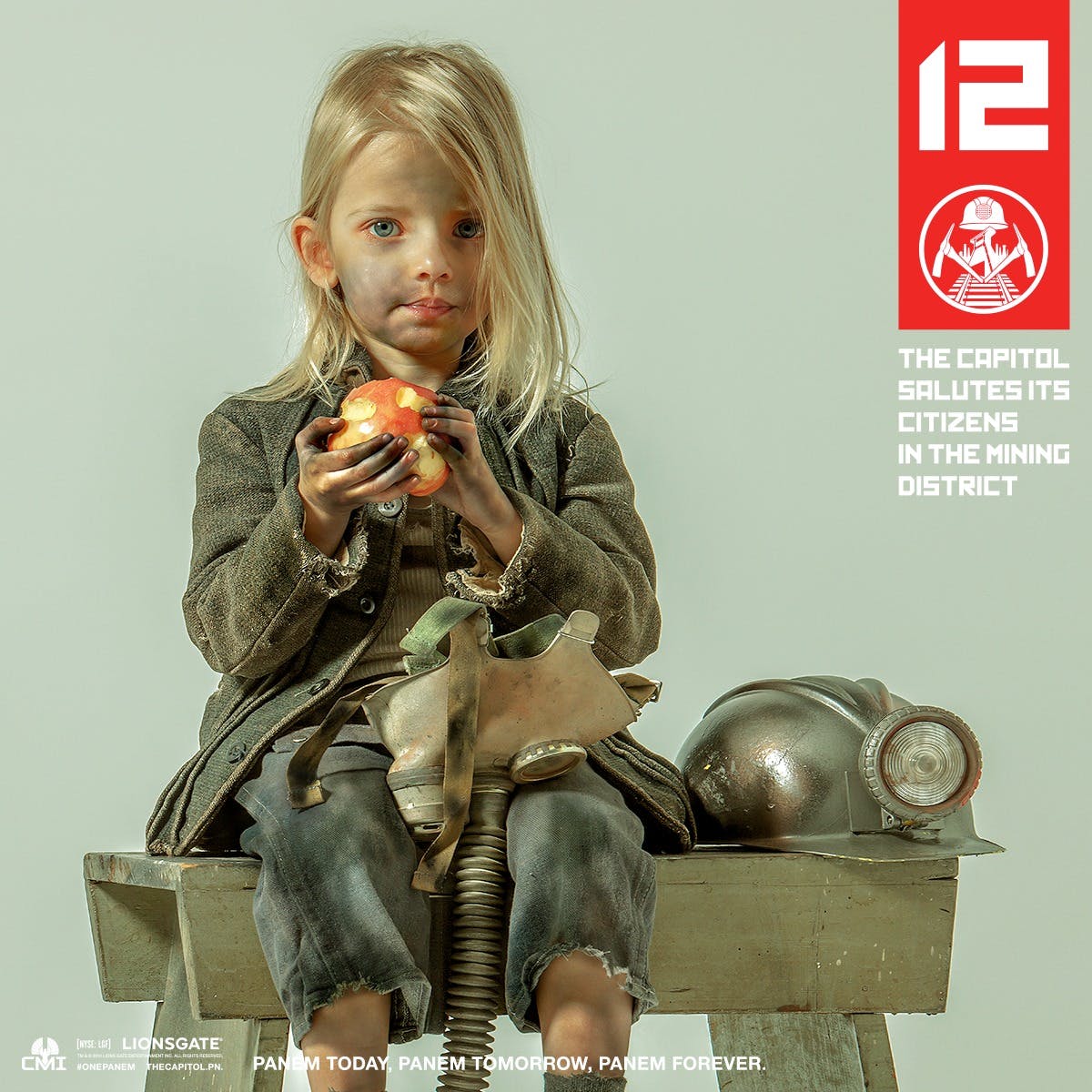 Tellingly, Katniss Everdeen’s district isn’t represented by a “hero” who shows pride in their work and patriotism, but a 6-year-old girl who “channels her hope and optimism toward Panem’s peaceful future.” Ominous stuff, particularly when you read on to discover that “No citizen is too young to support the constructive efforts of the Mining District, and in turn, the gallant efforts of Panem.”