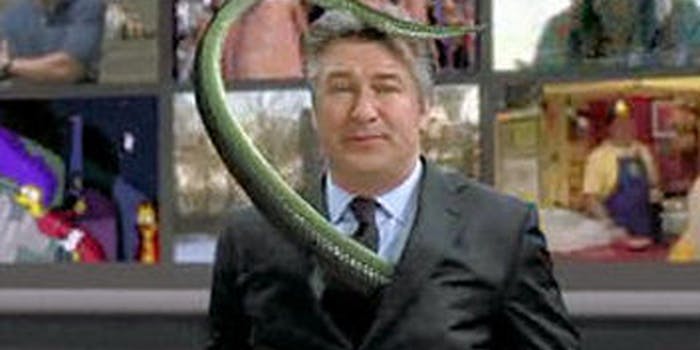 Move over, Alec Baldwin: Hulu goes Reddit for a day

Leaving users of social news site Reddit in charge of your website for a day is kind of like giving a well-meaning anarchist control of your city for a day.

Yesterday, Ben Collins, an editor at Hulu and frequent poster to the Hulu blog, made an offer to redditors: They can vote on which television show or movie they want to see featured on the site’s homepage on Friday.

Here’s the deal: After a nice cellular phone conversation with the glorious folks in the reddit offices, we’ve decided to portion out the “Featured Content” section on our homepage for reddit use on Friday.

Then you’re going to post it on this here thread. The highest-ranked video gets a spot all its own on the home page. The top ten get compiled into a playlist that we’ll feature right underneath it.

The top suggestion at present?

Carl Sagan’s Cosmos series, with 6,786 upvotes — certainly not a bad selection, if a little dated.

But quickly gaining on Cosmos is another idea by redditor Guru_Guru: “A giant ‘Sorry, this video is not available in your country’ notice.”

That’s no doubt much less palatable for the Hulu admins—who, to be fair, set themselves up for this kind of treatment.

That idea—a not-so-subtle reference to the fact that much of Hulu’s content is unavailable outside the United States—currently has 6,704 votes.

“As an American I can say that I would be fine with this,” wrote redditor andjew in response.

“Fuck yes,” wrote another. “As a UK redditor I’m seconding this.”

So what happens if Guru_Guru’s idea wins? Will Hulu accede to the Reddit hivemind’s wishes, and advertise its international content restrictions on the Hulu homepage?

We doubt it — but we’ll be following it closely.

And at the very least, unhappy redditors abroad can be sure of one thing: Hulu admins have heard them, and know they’re pissed off.