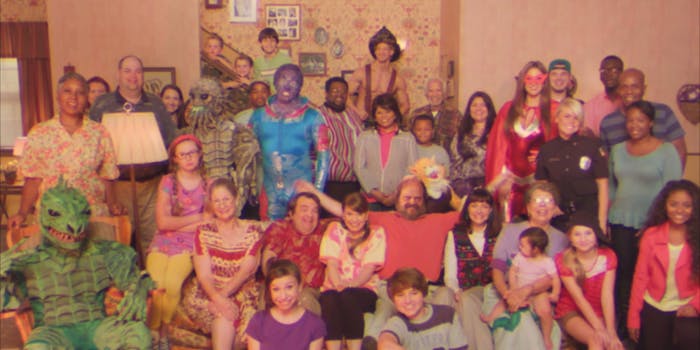 Cartoon Network and Adult Swim shows are coming to Hulu

No longer will 'Rick and Morty' be inaccessible to Internet TV viewers.

A new deal between Hulu and Turner Broadcasting will bring Cartoon Network and Adult Swim shows exclusively to the streaming site, possibly making Jake and Finn shout “Hulu!” along with their excited cries of “Adventure Time.”

Under the deal, which takes effect May 1, viewers can stream original Adult Swim and Cartoon Network shows like Rick and Morty, NTSF:SD:SUV, and Steven Universe whenever they want. The deal also includes older series like Robot Chicken, Dexter’s Laboratory, and The Venture Bros. with a Hulu subscription.

“You know what that means?” Hulu Vice President of Content Acquisition Lisa Holme wrote on the company’s blog. “No longer are the days when you have to wait until after dark to see your favorite Adult Swim friends—we have them anytime, anywhere (someday that will include your refrigerator’s video screen).”

A few Adult Swim shows were previously free to watch through Hulu, but the site didn’t always offer the smoothest viewing experience. The new deal fills the cartoon-shaped hole in our collective binge-watching hearts, one that Netflix hasn’t yet been able to fill.

Although the deal is initially focused on Cartoon Network and Adult Swim, it will also bring some TNT and TBS shows to Hulu in the coming years.

Cartoon Network’s shows will stream ad-free on the Hulu Kids section of the site—which is only available to Hulu Plus subscribers—even though Hulu knows full well that adults are going to jump on these shows like hotcakes.

You know where we’ll be come May 1.