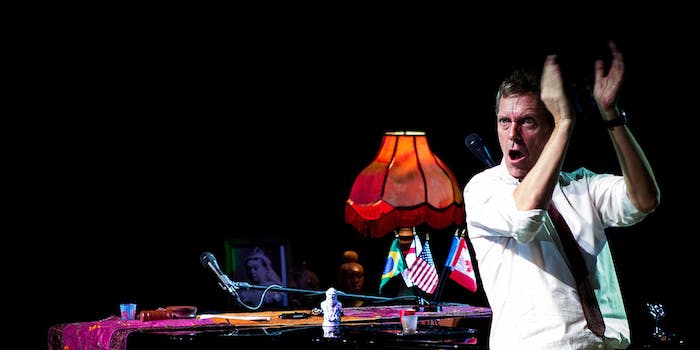 Laurie is really good at playing doctors with last names that are nouns.

The streaming site has ordered two seasons of the Laurie-led drama, which is based on a Kem Nunn novel. Laurie is set to play Eldon Chance, a forensic neuropsychiatrist living in San Francisco who “gets sucked into a violent and dangerous world of mistaken identity, police corruption and mental illness.” Apparently Laurie is really good at playing tortured doctors with last names that are nouns.

Room director Lenny Abrahamson is also set to direct episodes, adding another buzzed-about name to the project. This announcement kicks off a big year for Hulu, which is attempting to position itself as a go-to for original series. J.J. Abrams’ and Stephen King’s 11/22/63 is set to debut in February and Aaron Paul vehicle The Path in March, along with second seasons of Casual and Difficult People.

Chance will premiere this year.