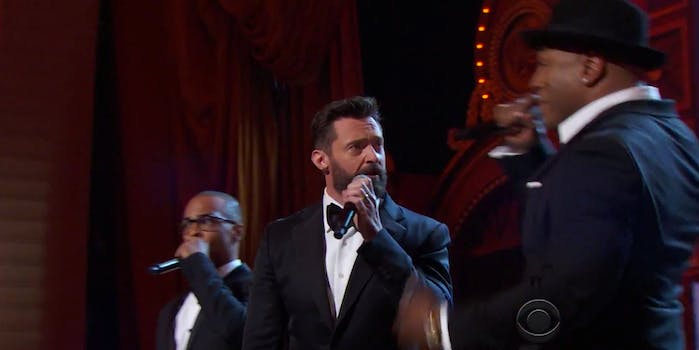 One of the most talked-about moments of Sunday’s Tony Awards didn’t come from any of the nominated musicals or plays, but rather from host Hugh Jackman himself.

Speaking about his own beginnings in musical theater, he reminisced about auditioning for The Music Man, a show he figured every school probably put on. But the problem with performing it nowadays is that it’s terribly outdated.

He’s already demonstrated that he knows all the words to “Rock Island,” the musical’s opening number, but to add some modern spice, he got LL Cool J and T.I. to turn it into a rap with him. Regardless of how you feel about the result, the transformation itself is actually pretty ingenious.

If there’s ever going to be an updated movie version of The Music Man, Hollywood just might have its stars.