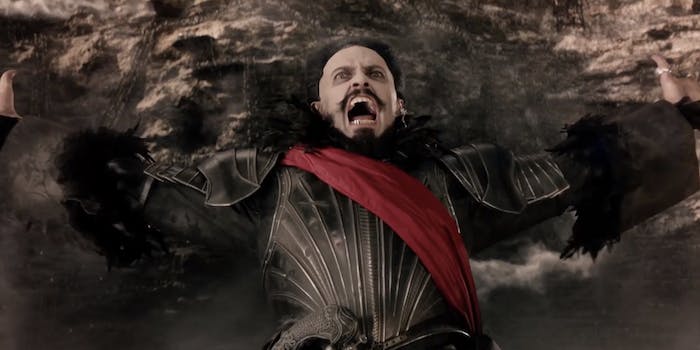 Hugh Jackman is set to cause a lot of pirate-themed nightmares in the upcoming film Pan.

The reimagined Peter Pan origin story centers around Pan being a foretold savior of Neverland, set to face off against Blackbeard, not Hook. Jackman plays the fearsome Blackbeard, a terrifying force in the new trailer that’s otherwise filled with magic and wonder.

The film isn’t without its own drama: Rooney Mara plays the Native American character Tiger Lily, although it’s possible that, like the rewrite of Hook into an “Indiana Jones-like figure,” they’ve erased her backstory for this remake.