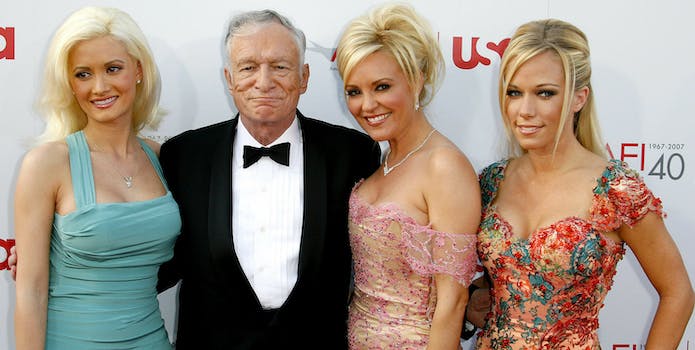 Hefner famously capitalized on the sexual revolution of the ‘50s and ‘60s when he founded Playboy Magazine, a publication that combined serious fiction and journalistic interviews with nude photos of women.

Since Playboy’s first issue in 1953, the magazine has inspired lively debate about whether Hefner’s work liberated women or degraded them. Even as the news of Hefner’s death spread through the internet last night, fans and critics debated whether the original “ladies man” provided women a new platform or just objectified them.

There r certainly some ways #HughHefner contributed to the good of, but let's also not forgot that he made his riches objectifying women.

Hefner also touched many lives and made friends through his work at Playboy. A few of the Playboy bunnies and other women who spent time at his mansion shared his impact on their lives on Twitter.

So sad to hear about @hughhefner passing. I will forever be grateful to Hef and the whole @Playboy team for believing in me. #HughHefner pic.twitter.com/SigAch8EIC

RIP to the legendary Hugh Hefner! I’m so honored to have been a part of the Playboy team! You will be greatly missed! Love you Hef! Xoxo

Other celebrities—spanning from Nancy Sinatra to Gene Simmons—also expressed their condolences throughout Wednesday night and this morning.

One of the nicest men I've ever known. Godspeed, Hugh Hefner. pic.twitter.com/457cchqskO

Hugh Hefner was a strong supporter of the civil rights movement. We shall never forget him. May he Rest In Peace. pic.twitter.com/oL3lKLZRQ5

I had a number of great conversations and with Hugh Hefner. Was such an interesting man. True legend. What an end of an era!

Hefner will be buried in Westwood Memorial Park in Los Angeles next to Marilyn Monroe, according to the New York Times. Memorial services have not yet been announced.