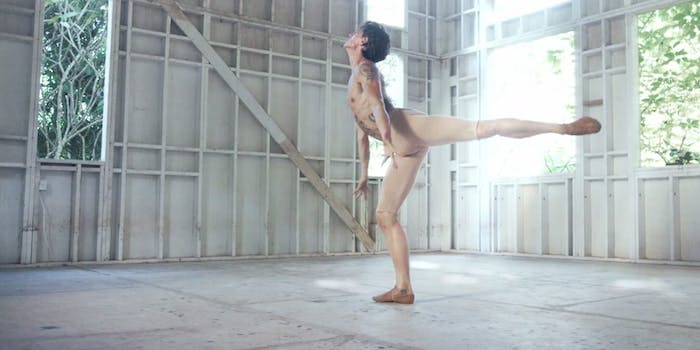 This gorgeous ballet video is the perfect companion to Hozier's most famous song.

It’s been more than a year since Hozier first released the song “Take Me to Church,” which means you’re either heartily sick of it or still listening to his Grammys duet with Annie Lennox on a loop. But even if you’ve heard the song one too many times, this ballet video may change your mind.

The beautiful dance video, directed by David LaChapelle, sees Ukrainian ballet star Sergei Polunin improvise a solo performance to the tune of “Take Me to Church” in a sunlit open-air studio.

Polunin is something of a celebrity in the ballet world, due to both his technical skill and his extracurricular activities like starring in a Marc Jacobs ad campaign. The tattooed dancer has always had a bad-boy reputation; he became the Royal Ballet’s youngest ever principal performer at the age of 19, then shocked his peers by quitting and moving on to other projects. A recent rumor held that he had quit classical ballet entirely and moved to Hollywood to become an actor, but this video proves that he’s definitely staying in shape.