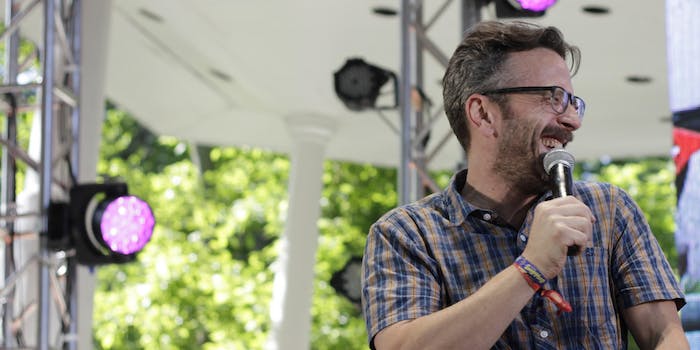 Howl put all your favorite comedy podcasts in one place

Time to nerd out.

What podcasts should I be listening to?

This is a question Gretta Cohn gets quite often. And she believes it will be answered by Howl, a new premium-subscription platform that debuted Monday from podcast advertising network Midroll, which combines content from its comedy podcast bookends Earwolf and Wolfpop. Cohn, a senior producer at Midroll, says Howl’s been in the works for about six-to-nine months, and is a means to help solve a growing issue: “discoverability in podcasting.”

Cohn explains Howl’s a “curated model” that will feature “short-run pieces that don’t have a platform or way to monetize,” such as Colt Cabana’s anthropological study of the Gathering of the Juggalos. Those will live alongside established Earwolf podcasts like Marc Maron’s WTF and Comedy Bang! Bang!, and newer originals like Superego: Forgotten Classics, in which comedians improvise based on the first and last line of a book; The Complete Woman, a serialized ‘60s spoof from Amanda Lund (Cohn says it’s “sound-designed to sound like an LP is being played”); and Lauren Lapkus’s Psychic Show, in which the Orange Is the New Black star explores her lifelong fear of psychics.

Subscribers with premium access ($4.99 a month) will also be able to consume the full Earwolf and Wolfpop archives, as well as Comedy Central and A.V. Club tie-ins. An iOS app debuted in May, and an Android app is set to follow. 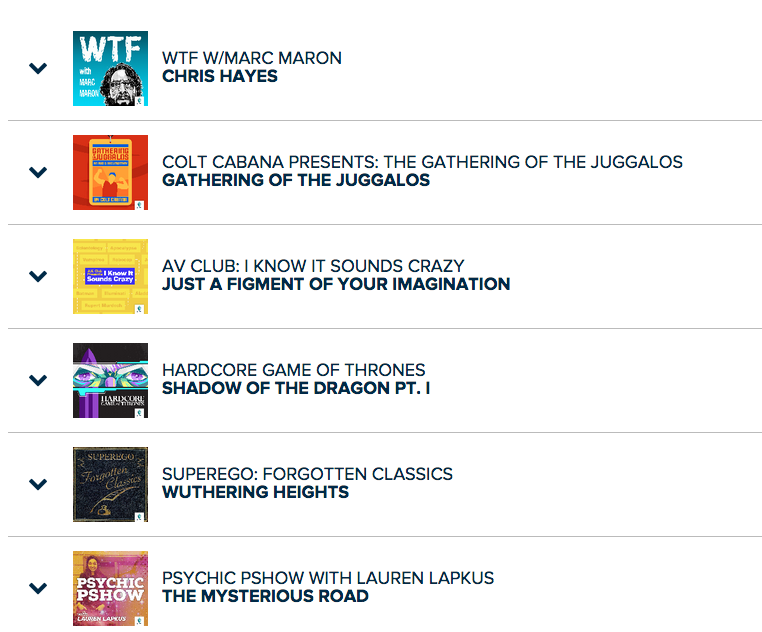 As Maron said in an interview with Fast Company, Howl’s format is a bit like Netflix:

The trend toward podcasting as a collective, curated endeavor isn’t new, but it’s seen a renewed focus in the last year or so, from old public radio heads clearing out a digital space to newer producers finding support and feedback through the medium. Howl’s yet another cul-de-sac for exploration, albeit with a focus on comedy fans and developing original content that might not have the legs for a weekly show. “It might be incentive for somebody like me to do a five-part piece on a subject that I might not want to do as part of my regular show,” Maron said.

Cohn says they’re still working to commission more original content. It’ll be interesting to see how it elevates discoverability when seemingly everyone has a podcast.