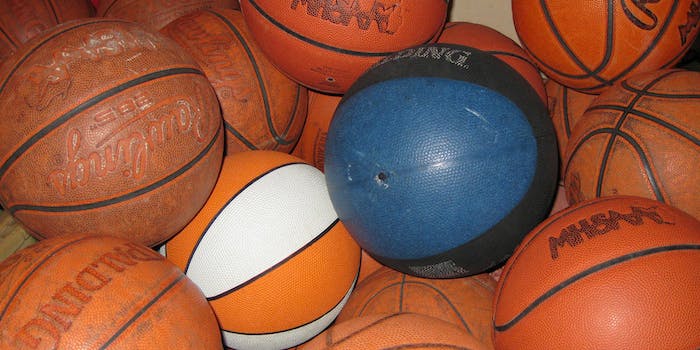 Here’s how to livestream March Madness 2016 for free

This year’s NCAA tournament is in full swing. Whether you’ve bet large in your office March Madness pool or are just a rabid fan of college basketball, you’re going to want to watch game after game. If you don’t have basic cable but somehow got suckered into hosting a UNC Wilmington vs. Duke watch party, you’ll have to figure out how to stream March Madness online. Ditto if you want to sneak a peak at March Madness during work, or on your phone while killing time waiting for the subway.

Worry not, March Madness has got you covered across multiple platforms. As in previous years, all 67 NCAA games will be streamed online on March Madness Live. Most (including all CBS games) will be free to watch. But games that air on TBS, TNT, or TruTV—including the Final Four and the national championship games—will require you to login and verify you have access to those channels. There are a couple of other options for those games, which we’ll get to later.

LET'S DO THIS! #MarchMadness

First things first. Download the March Madness Live app on all the devices with which you want to watch the tournament. NCAA’s free app is available on virtually every device this year and is the central point where you’ll find all 67 March Madness games. The app also has plenty of extra content, like highlights and in-depth analysis, to excite NCAA geeks for hours. The app even lets you switch picks on your bracket during the game.

Want to watch March Madness on your phone while in the middle of a boring lecture, meeting, or date? Just fire up the app on your phone. If you’re a traditionalist and want to watch the game on your television, the app is available on Chromecast, Roku, FireTV, and most likely any other streaming device of your choice.

Now you’re all set to watch the free CBS games, but what about the rest of March Madness? The app gives viewers a three-hour grace period to watch any of the games on TBS, TNT, and TruTV before asking for credentials.

If three measly hours of March Madness isn’t enough for you and you’re not above working the system, here are a couple of harmless-to-shady March Madness hacks from the folks at Wired.

One in particular is perfect if you have the Chrome Incognito browser installed.

“The easiest way to watch the games without cable is to open a Chrome Incognito window. Watch a game on the March Madness Live site, close the window, open another one, and start the next game. Rinse and repeat through the tournament. “

If you don’t have cable but have a Chromecast, Roku, FireTV, or any other steaming device, one option is to subscribe to a service like SlingTV. SlingTV is like a no-strings-attached basic cable package for your streaming device. It’s $20 per month to subscribe to SlingTV, but there’s a seven-day free trial that you can cancel after March Madness is over.