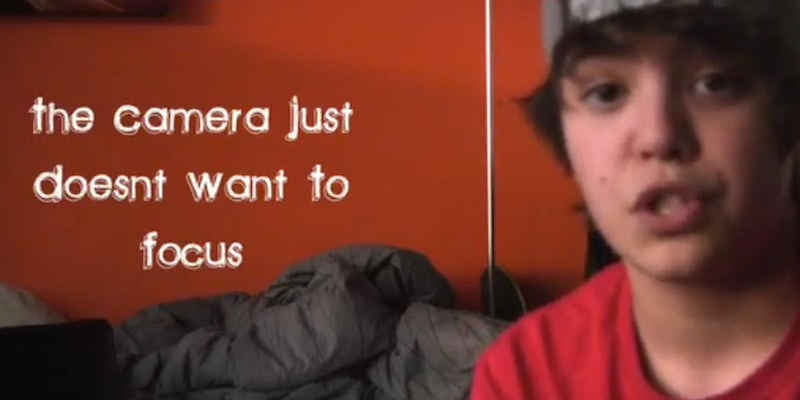 Want to be YouTube famous? Don’t read the manual

Want to be a YouTube star? Well, you could read the tome YouTube published in 2011, then revamped for brands in 2014. Or, you could just watch YouTube. That seems easier.

In 2011, the online-video giant released a 70-page instruction manual outlining “strategies that helps creators build audiences on YouTube.” Called the “Creator Playbook,” it steered clear of most of the real techniques popular YouTubers used to get famous.

Then, in 2014, the video giant published an updated manual called the “YouTube Creator Playbook for Brands,” a step-by-step theoretical guide to garnering success on the website.

We’re not sure who the “Creator Playbook” was for, exactly — maybe the wave of older YouTubers the site eagerly anticipated?

However, by the time YouTube released the original manual in 2011, it was a little late, especially considering the thousands of videos already on the site titled, “How to Get Famous/Popular/More Views on YouTube.”

Despite the internet’s noticeable shift from viral videos hosted on YouTube to increased accessibility through Facebook, Twitter, Snapchat, and Vine over the last five years, these how-to videos still ring true to many of the skillsets necessary to vloggers today.

While many of these how-to videos from successful YouTubers are filmed with a sarcastic bent, most budding online personalities are eager to reach back and lend a helping hand to curious first-timers. For video newbies who don’t feel like clicking through an inorganic guide to earning internet fame, watch these videos instead. The videos below mention most of the tips in the “Creator Playbook,” and then some.

He doesn’t quite have a dedicated “how-to,” video, but PewDiePie personality Felix Arvid Ulf Kjelberg does have a resounding message for YouTube newbies: you don’t have to have the best equipment to make successful videos. With over 45 million subscribers, video-game commentator PewDiePie is the fourth most subscribed-to channel on the website (the top three channels are YouTube trends). He gave viewers a look at his production room with his 2014 video, “BEHIND THE SCENES OF PEWDIEPIE.”

“It seems like a common misconception that you have to have all these things to get started on YouTube or grow your channel,” PewDiePie says in the video, despite having upgraded since his early vlogger days in 2010. “I personally think YouTube is not about being the most professional or having the most perfectly edited. It’s about the entertainment of the video and having fun with it, and connecting with your audience.”

Even if makeup and lifestyle vlogging isn’t your thing, aspiring videographers can learn a few things from YouTuber Eva Gutowski. With 6.5 million subscribers, the “MyLifeAsEva” star released a video in 2013 detailing how to take care of YouTube profile logistics like which camera equipment to use, and how to hook subscribers with creative content. Her 2014 video, “How To Start A Successful Youtube Channel,” elaborates on tips specifically for, well, being successful.

With her first viral video, “How to trick people into thinking you’re good looking,“ Jenna Marbles (AKA Jenna Mourey) launched into YouTube stardom in 2010, producing videos that gave sarcastic advice and critiques on dating and overall existing in the adult world. Produced in the same vein, her advice video, “How To Make A YouTube Video” does not disappoint.

Between cheekily pointing out that YouTube is strictly for professionals only, and steering new vloggers away from expressing their opinions, Mourey delivers a few punches to common YouTube criticisms while encouraging newbies to express themselves online.

“We’re all just a bunch of narcissistic, lazy pieces of shit who dropped out of school and have nothing else better to do with our time and can never contribute to society,” she says of YouTubers before cutting to a shot of herself standing in front of her framed bachelors and masters degrees, looking around confusedly.

During YouTube’s first year of existence, Smosh’s Anthony Padilla and Ian Hecox struck video virality gold with their lip-sync styled video, “Pokemon Theme Music Video.” The video became the most viewed in YouTube history before being removed for copyright infringement after a mere six months online.

A little under 10 years later, Smosh Games Alliance, the Smosh gaming community channel, began a series of how-to videos for gaming vloggers called “Smosh University.” Despite the target audiences, the series provides some helpful tips for YouTube hopefuls, from finding your voice in comedy to creating video thumbnails with Photoshop.

Nigahiga personality Ryan Higa rose in YouTube popularity with his homemade comedy videos, and became the first channel to garner 3 million subscribers in 2010. While his YouTube fame how-to is mostly riddled with jokes and exaggerations, the video is a strong indication of what audiences are looking for in their YouTubers: original jokes, genuine personality, and a love for the craft—not subs or views.