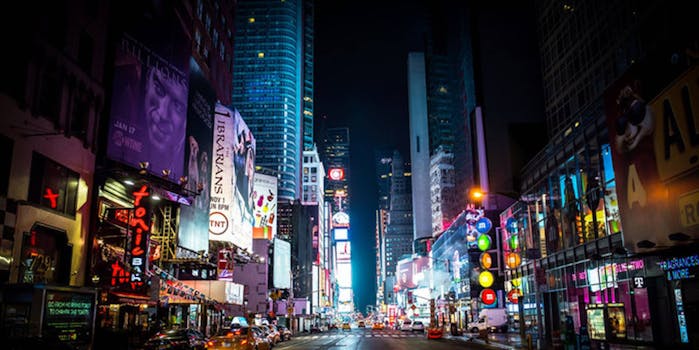 Review: Tumblr-turned-book ‘How May We Hate You?’

Confessions of the hospitality industry, from Times Square concierges.

Like many millennials, Anna Drezen and Todd Dakotah Briscoe graduated from NYU’s Tisch School of the Arts with big ambitions but no clear paths to stardom. So they did what many of us with dead-end day jobs do: They started a blog about their experiences working as concierges in a Times Square hotel.

Much like its sister hell industry, the restaurant business, hospitality requires that all who work in it either have nerves of steel or literally not care about anything that ignorant people say. If this is the standard for not getting one’s feelings hurt while on the job, then Drezen and Briscoe found a way to detach and make fun of the situation—essentially making it less painful.

Mark Twain once said: “Truth is stranger than fiction, but it is because Fiction is obliged to stick to possibilities; Truth isn’t.” If this is the case, well, then it’s no wonder that their Tumblr, How May We Hate You?, about their experiences working at a Times Square hotel went viral in 2013 and became perfect fodder for a book of the same name.

The stories that Drezen and Briscoe collect on the Tumblr are fairly grotesque. Why would a guest ask this to a concierge at any hotel, let alone one in Times Square: “Is it alright to flush the toilets in the hotel while sitting on them or will something bad happen?”

On the Tumblr, the bizarre things that guests said are captured as script-like text posts. Because of the brevity and potential virality of such inane things, this Tumblr could have functioned as a Shit My Dad Says-like Twitter, which also landed a book deal and a short-lived network sitcom.

Whereas that Twitter functioned well on its own, with hilarious things Dad said distilled into simple tweets that doubled as marketing slogans for grumpy olds everywhere, these interactions needed the context of a Tumblr—a home base, so to speak. The guest’s questions could be a part of sketch comedy series about working in the hospitality industry; instead, they exist as text, and readers are left to place themselves in the shoes of Drezen and Briscoe. This technique fosters empathy from the reader—one oftentimes lost on Twitter due to lack of context and the graceless speed at which we skim our newsfeed.

But with all these fun things that happened just as a result of the How May We Hate You? concept’s Internet presence, what’s the point of a book?

The book allows Drezen and Briscoe to do things that the Tumblr did not, photoshoots being one such example. On page 70, the two pose for pictures demonstrating “how to hail a taxi.” Apparently, their former hotel guests struggled with this one.

The book manages to bring the same sort of fragmented nature of Internet content to a print form, but leaves one wondering if there’s any sort of longer narrative story to tell.

The book also lets them expand on stories that wouldn’t get as many eyeballs if they existed only on the Tumblr. The book is divided into five thematic chapters: what a concierge really does, dirty little secrets of the trade, the grossness of the tourist industry, guest types, and a “who’s who” of hotel employee types. Chapter 4 is especially entertaining in its snarky rundown of types one would find at a hotel in New York, from people who are a part of small cults to rowdy Norwegian college guys.

How May We Hate You? was so successful as a humor Tumblr that it also became a variety show called How May We Hate You? LIVE! that features comedians like Josh Gondelman and Charla Lauriston. Comedian/writer Lane Moore did a similar thing with Tinder Live!.

This technique of taking a concept that begins on the Internet or mobile apps and moving it through different iterations on and offline offers another type of participatory creativity and performativity. It’s also pleasant to know that the printed word is still an option.

One of the main bonuses of this book is that it’s so damn pretty—a brown hardcover with golden imprints, lettering, and even a little crest on the cover. In fact, it could sit in the same drawer as a hotel bible. Much like the recent book by Kate Siegel, the daughter behind Crazy Jewish Mom’s Instagram account, How May We Hate You? has a type of Web-to-print versatility that makes one wonder if getting noticed really does have to start online. There’s an Internet quality to the book itself, in that it isn’t a straight read; it offers shiny stories that don’t necessarily connect to anything longer and more narrative aside from the writers’ own experiences. Most of the sections read like a one-off joke, standalone Tumblr post, or just a short story excerpt. In the book, one can find a quiz about hotel guests types on one page, followed by a dialogue between a guest and concierge, and then a short story by Briscoe or Drezen.

The book manages to bring the same sort of fragmented nature of Internet content to a print form, but leaves one wondering if there’s any sort of longer narrative story to tell or—as is the case with many creatives who gain visibility on the Internet—if eventually Briscoe and Drezen will leave it all behind to work on other types of comedy projects that are less personal and more fictional, eventually fulfilling their Hollywood dreams.

How May We Hate You?: Notes from the Concierge Desk by Anna Drezen and Todd Dakotah Briscoe, is available May 17.