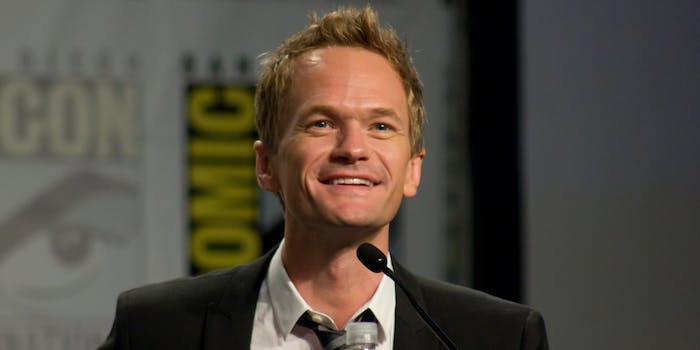 During his nine seasons on air, How I Met Your Mother’s Barney Stinson never shied away from showing off his lavish lifestyle. From suiting up in the most expensive wears to paying for seemingly endless games of laser tag, the keeper of the bro code certainly wasn’t averse to spending a little money.

But how did the Neil Patrick Harris character manage to afford all of his indulgences? According to the accounting of one fan, he was pulling down seven figures a year.

Likely inspired by the popular “How much did Joey owe Chandler?” thread, redditor Sir-Zyph began tabulating Stinson’s salary right down to the exact dollar. So how did this HIMYM devotee arrive at his figure? With some rather complicated suit-based math that gets broken down like this:

Not wanting to leave out any detail, Sir-Zyph also accounts for the donation of 60 suits, as well as the loss of a few pants and jackets thanks to tears, girls, and a wreck. There’s also the hilarious fact that Barney sleeps in “suitjamas” and has a few suits for special occasions.

So taking into consideration all of those meticulous details, how much is this well-suited man making each year?

If you’re still skeptical about these calculations, don’t worry. Carter Bays, the show’s executive producer, took to Twitter to confirm the figure for fans who wanted an official ruling on Stinson’s salary.