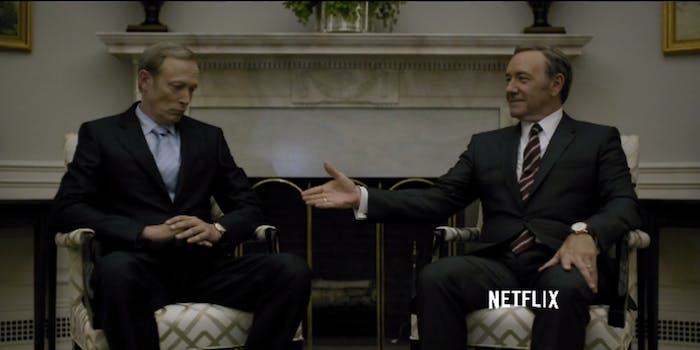 New ‘House of Cards’ trailer shows season 3 will be intense

You ever danced with the devil in the pale moonlight?

Just after Kevin Spacey won the Golden Globe for best actor in a drama for Netflix‘s House of Cards, a new trailer was quickly pushed into a moving train known as the Internet.

It’s a fairly quick montage of scenes from the upcoming third season, but Claire definitely sees a dead body, and Frank has definitely replaced his blood with ice water. It also looks like season 2′ s “hacker,” Gavin Orsay, is in a different uniform now.