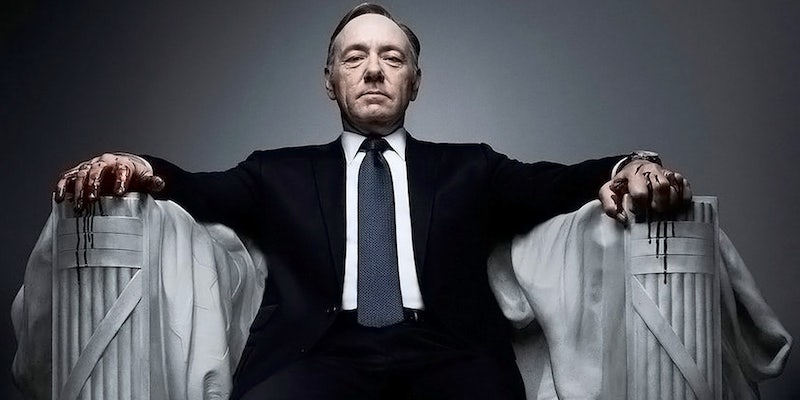 The Netflix series are the first streaming shows to contend for Primetime Emmys.

Netflix has broken down barriers with House of Cards, the first Internet-based show to earn an Emmy nomination for Outstanding Drama Series.

The show got nine nominations in total, including nods for stars Kevin Spacey and Robin Wright, and David Fincher for directing the first episode.

House of Cards was Netflix’s first foray into creating original shows, but it wasn’t the only one to make an impact. The Arrested Development revival garnered three nominations, including an Outstanding Lead Actor in a Comedy Series nod for Jason Bateman. However, the cult classic couldn’t bash its way into the Outstanding Comedy Series field.

Netflix would most certainly like to win awards for its two shows. But bumping up its subscriber numbers is probably the main goal for the company with splashy original shows like House of Cards, Arrested Development, and the well-reviewed Orange Is The New Black. Netflix is due to hold an earnings call next week, which will give an indication as to whether the widely publicized fourth season of Arrested Development led to more subscribers. Missing or hitting subscriber estimates has been a big influence on Netflix’s stock swings of late.

Webseries have been eligible for the Emmys since a rules change in 2008, but this year marks the first time an original streaming series has been a serious contender. (A spinoff of The Office won a Daytime Emmy in 2007).

With YouTube placing an emphasis on premium content and Netflix already talking about another season of Arrested Development, there’s no reason to think webseries won’t make the same impact on the Emmys that cable shows did after they became eligible in 1988.