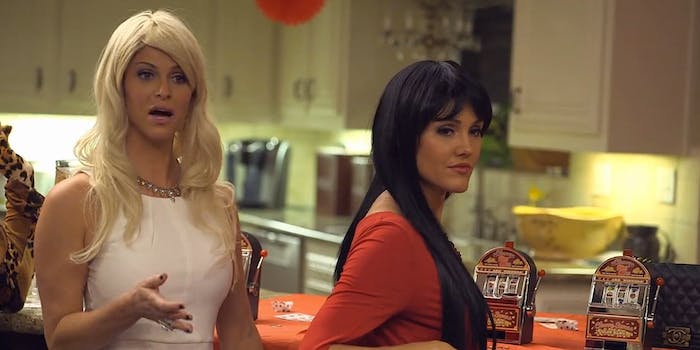 They're back, and they're still terrible.

What happens in Orlando does not stay in Orlando.

Last summer, Hulu’s The Hotwives of Orlando tore down the curtain of the Real Housewives franchise and revealed its true comedic foundation. Now, the hotwives are back, and they’re terrorizing Sin City.

The Hotwives of Las Vegas debuts on Aug. 18, and this season moves the ladies away from the swampy McMansions of central Florida. A majority of the same core cast is here, but they’ve taken on different, more oblivious, more Vegas-y personas.

Series co-creator and star Danielle Schneider told the Daily Dot last summer that the series is an homage: “And I think we try to not just make caricatures; they have their own stories and their own arcs.” While that’s hopefully still true, there’s still plenty of slapping, air-kissing, and drink-throwing.

Between this and the premiere of Difficult People, it’s a great month for garbage people.