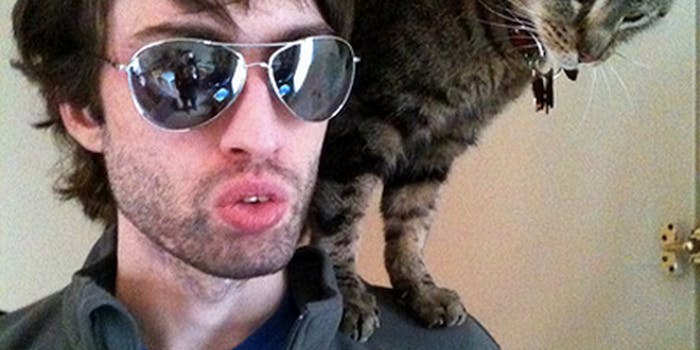 "Homestuck as a ‘movement’ is not under my control," creator Andrew Hussie told the Daily Dot, "and never really was."

A little over 24 hours after he launched Homestuck Adventure Game on Kickstarter, Andrew Hussie’s video game based on his cult webcomic was fully funded, with over $700,000 pledged and counting.

An Internet-era epic saga, Homestuck was originally constructed as a “mock adventure game,” an interactive comic where fans helped command the characters’ next actions. Readers have even contributed original music and art to further the multimedia experience.

Although Homestuck has been updating for over two years, it is only now receiving mainstream attention. Its size is a formidable barrier to entry. Hiding under a layer of sarcasm and kitschy pop-culture references, 128 main characters (for now) explore multiple space-time continuums across 5,000 pages. That level of complexity prompted Mike Rugnetta, the host of PBS’s Idea Channel, to compare the comic to James Joyce’s impenetrable novel, Ulysses.

“Homestuck, like all other stories on [Hussie’s website] MS Paint Adventures, was built on extensive parody of video games, most notably classic adventure games,” Hussie wrote on Kickstarter. “So for the project after Homestuck, I think it would not only be fitting, but quite exciting to present the story in the form of an actual adventure game.”

With 27 days left to go in the Kickstarter campaign, the Daily Dot reached out to Hussie to discuss the connection between the comic and its forthcoming counterpart.

Daily Dot: You said on Kickstarter the game is inspired by the comic, but isn’t the exact storyline. How true to the comic will it be? Will it feature the characters in the comic or just the Homestuck universe and mechanics?

It will feature elements from the universe, but whether it involves existing characters or new ones remains to be seen. It will be a new, self-contained story. There’s much in Homestuck that could easily be developed further. But even if I had the game completely written in advance, I still probably wouldn’t say much about it for a long time. I’d prefer to keep it a surprise!

DD: Even if it’s not an exact interpretation, Homestuck’s story is enormous. How long would this game be? Would it be released in multiple acts like the comic?

The enormity of Homestuck won’t have a bearing on the game. The game will have a finite budget and timetable for release, so there are some built in limiting factors. And even with infinite resources, I’d rather the game’s story be much more streamlined. It’s unlikely the game will have acts like the comic.

DD: You have a reputation for trolling your fans. How do you think your fans will receive the game? Will they be shocked or divided on anything that occurs in it?

Most of the time what people refer to as trolling, I regard as just doing something in a story that is entertaining. I will do my best to make the game entertaining. But I have no plans to shock or divide people with anything in it.

DD: Do you think outsiders will easily be able to pick up Homestuck the game?

DD: In general, I’m wondering how comfortable you are with Homestuck, this thing of your own creation that seems to grow in random and unpredictable ways—often inspired by its fans. How much do you feel like it’s still under your control?

I’m very comfortable with it. The fans sometimes engage in strange behavior, but it almost never bothers me. The comic itself is still under my control. I still make decisions about the story the same way I always did. But Homestuck as a ‘movement’ is not under my control, and never really was.