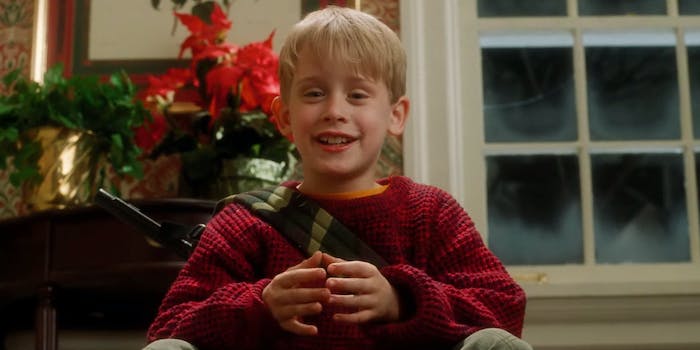 ‘Home Alone’ doesn’t make any sense as an adult

It's a good holiday movie until the logic sets in.

With Christmas just around the corner, holiday movies have taken over our TVs. But one holiday favorite is making fans reexamine its entire premise after watching it with some perspective.

Home Alone—the 1990 classic starring Macaulay Culkin as an 8-year-old who’s left behind by his vacationing family and who thwarts two dumb robbers with a series of dangerous booby traps—endures nearly 30 years after its release thanks to annual airings. It’s a feel-good Christmas movie full of hijinks that ends on a heartfelt note. But as we get older, some of the movie’s flaws start to twinkle like Christmas lights.

For instance, how could the McAllisters afford such a big home, afford to go to Paris for Christmas, and then, with the house full of people, not leave it a giant mess as they rushed to the airport?

As a kid, Home Alone works. As an adult, not so much. At the very least, there are some serious crimes taking place, even if we think that Harry and Marv deserved all of it.

Is anyone watching #HomeAlone ? I came in halfway through. Why hasn't he called the police?

I dunno bout you, but if I messed my house up like this as a kid – burglars or no burglars – my mum woulda kicked my ass so hard #HomeAlone

Am I the only one who thinks Kevin McAllister should be done for attempted murder. #HomeAlone

Some parts of this movie just don’t make any sense.

And can we talk about Elvis? Some fans believe that an extra who appears in the first Home Alone movie, which came out more than a decade after Elvis Presley died, is the King himself. Home Alone director Chris Columbus denied it and had a laugh about it with Culkin on the Home Alone commentary, but that hasn’t silenced the dedicated conspiracy theories; they think they laughed too hard about it.

Also, there’s pretty much no way Harry and Marv would’ve been able to survive the movie in real life.