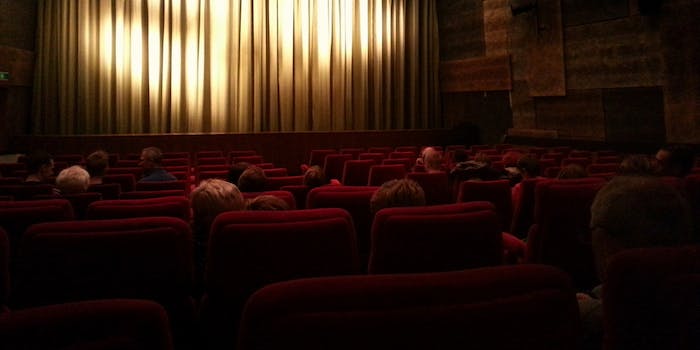 Anywhere else in America this time of year, the talk of seasons conjures up imagery of leaves changing colors, donuts with cider, and fuzzy sweaters. But in Hollywood, all talk about layering is instead replaced by talk about the only season that matters: awards season. With Academy Awards voting around the corner, studios are releasing their buzziest pictures through the fall and hoping for the goodwill to last. But what could those filmmakers do without? All those people on Twitter, talking about their movie.

The L.A. Times ran a story today about how “fickle social media” is dashing Oscar chances for many movies, because, wah wah those damn millennials and their damn Twitter feeds. While the Academy—the shadowy board of almost 6,000 unnamed members—is the one to vote on who goes home with a golden statue in February, filmmakers and studios are more than worried that social media, Twitter especially, can negatively influence the voters. But instead of listening to their well-paid public relations teams and offering measured responses about the difficulties as well as the boons of social media in promoting films, the crack team of execs the Times interviewed instead chose to shit all over the people paying all that money to watch their films.

Terry Press, president of CBS Films, offered this take: “It’s like an echo chamber of a kind of blather. It’s comments pinging off each other. You can declare, ‘This is a masterpiece,’ and then somebody two minutes later, just to get traffic, will tear you down and say, ‘This is by no means a masterpiece.’ It feeds off itself.” Meanwhile, Oscar consultant Tony Angellotti, who is running the campaign for Angelina Jolie’s Unbroken, whined, “Everything and anything goes into the echo chamber, and you can’t really do that much with it because social media has dictated that course for you. The noise is profound—and profoundly stupid in some cases.”

Well then. Given that the Academy is known for being comprised of old Hollywood stalwarts with little diversity (at last count in 2012, the voting members were 94 percent white and 77 percent male), it stands to reason that they’re not incredibly involved in social media. And even if they are influenced by buzz, so what? Somewhere along the way, movie studios chasing prestigious prizes seem to have forgotten that movies wouldn’t get made if there weren’t people watching them.

Don’t want people to complain about your film on social media, lest it affect your statue-hunting chances? Make better films. Or better yet, adopt a thicker skin. But complaining about the changing times, just because it makes it that much harder to rack up meaningless accolades? Likely not the best route.