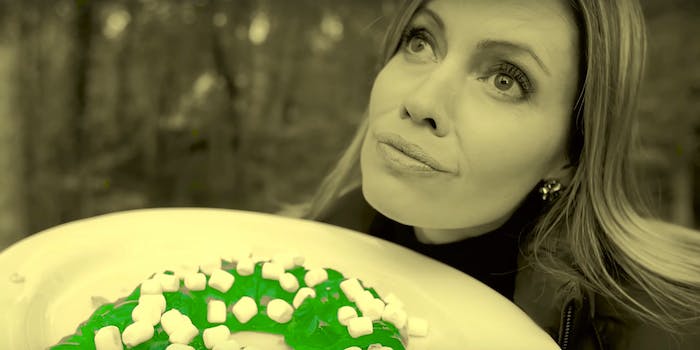 'Cause they want Jello for the other siiiiiiiiide!'

The Holderness family is joining the valiant effort spearheaded by Adele to save your Thanksgiving.

Having already conquered Christmas, Halloween, and the first day of school, the Holdernesses have finally set their sights on Turkey Day by putting their own lyrics to some of the year’s biggest songs (along with an older song choice). “Watch Me (Whip/Nae Nae),” “Hello,” “Hotline Bling,” and “Crank That (Soulja Boy)” all get giant-sized food makeovers, which will surely get stuck in your head just as quickly as your stomach starts to growl.

There will be a lot of us Chardonnay-nay-ing on Thursday.

Screengrab via The Holderness Family/YouTube