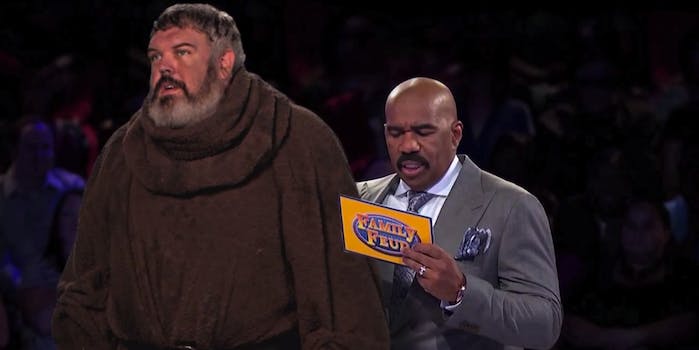 It goes without saying, but Hodor would be a terrible game-show contestant on any show that requires him to speak.

Jimmy Kimmel spliced the lovable oaf from Game of Thrones in with one of the worst Family Feud displays in recent memory. And the result? Despite Hodor’s best efforts to do his duty to his family, the survey said that nobody ever answered “Hodor” to any of the questions.

But if you know the rules of Family Feud, you’ll know this isn’t necessarily Hodor’s fault. It’s the family’s for putting him up there in the first place. Even if they only needed 18 points to win $20,000, they should’ve put up anyone else, or someone who knows more than one word. That’s an easy call even the Starks would’ve made.