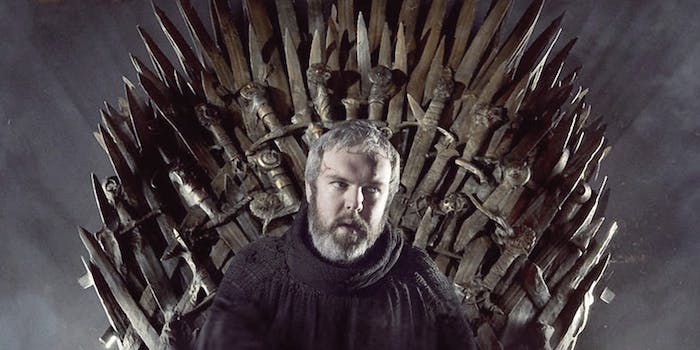 At this point, plenty of Game of Thrones trivia fans will be aware of that the actor who plays Hodor is a DJ in real life.

In addition to acting, Kristian Nairn has spent years on the music scene, playing sets with dance and techno acts like the Scissor Sisters and Calvin Harris. He was also a resident DJ at the Belfast gay club Kremlin for a good 10 years. You can check out some of his work over on his Soundcloud page.

Now it looks like he’s going to make the most of his Game of Thrones-related fame, and is launching a Hodor tour. The title? “Rave of Thrones,” of course.

Apparently the DJ tour will be “showcasing some of the deepest house from all seven kingdoms.” Although unfortunately for U.S. fans, this will all take place in Australia, including a Game of Thrones-themed visual performance at the Sydney show.

We can only assume that Kristian Nairn decided to go on tour in Australia because his day job involves spending so much time in the snowy Northern wastes of Westeros, certainly enough to make anyone crave more sunlight.