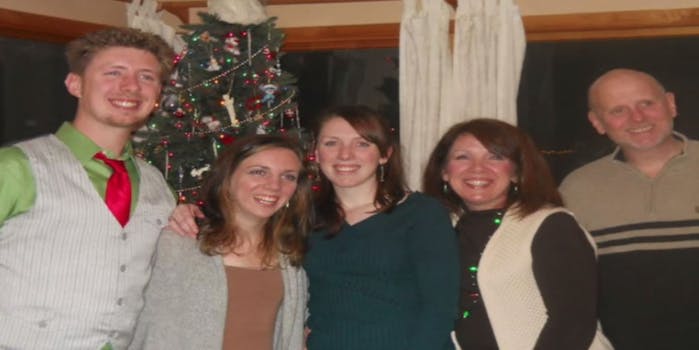 Appealling to the sensibilities of top Hollywood brass via the Internet has worked in the past.

One family is hoping that Peter Jackson will help them fulfill a touching final wish: to watch the final Hobbit movie with their dying father.

According to a YouTube video posted by Jessy Stouffer on Oct. 7, her father is suffering from terminal cancer. As a result, it doesn’t appear that he will live through the Dec. 17 release date of The Hobbit: The Battle of the Five Armies—effectively ending a longstanding family tradition of watching the Hobbit movies together.

“One wish we would like to fulfill is to have this family tradition continue … and see if my family would be able to see it together, before December,” Stouffer pleads in the video, asking viewers to spread the request on social media using the hashtag #HobbitMovieLastRequest.

While the video has yet to catch the eye of Jackson or any of the actors involved with the Hobbit franchise, it is making its rounds throughout several online outlets. It already has over 36,000 views and has attracted the attention of Reddit, where it was posted by Stouffer’s second cousin “perd1.”

“This needs way more attention than it’s getting, seriously. As a LotR fan, and as a fellow redditor, I sincerely hope you guys get the chance to do this,” redditor BlazinFyre posted on a thread in r/movies about the video.

In another comment, redditor skizl offered to help make the wish a reality, though she would not elaborate on exactly how it would work.

Using the power of the Internet to appeal to the sensibilities of top Hollywood brass has worked in the past. In December 2012, J.J. Abrams allowed a terminally ill leukemia patient to watch an early cut of Star Trek: Into Darkness a good five months before it hit theaters. Hopefully, Jackson will take a page from Abrams’s book and fulfill a close-knit family’s final wish.