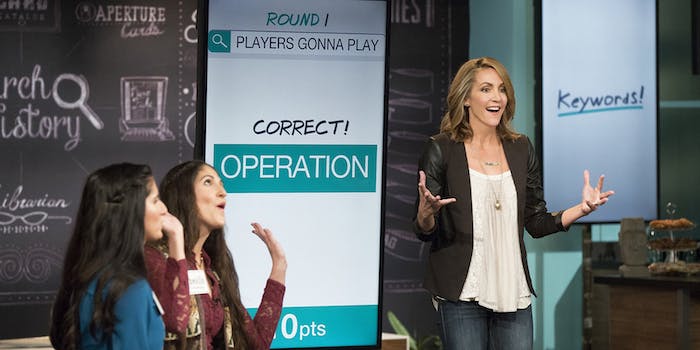 Before it hit TV, Keywords was a popular app from HLN.

HLN is transforming a mobile app that lets players test their Internet keyword knowledge into the channel’s first-ever game show.

Google Feud is one of the Internet’s favorite things right now, so HLN figured people were ready to use their Internet-searching knowledge to win prizes. While Google Feud works with search suggestion data, the Keywords app, which HLN launched in January, asks users to identify a search term based on five of the keywords used to find that term online.