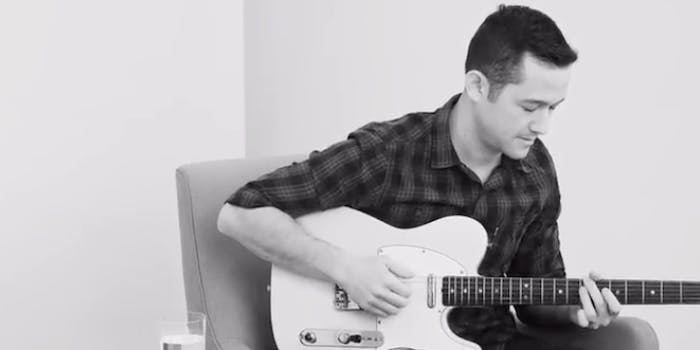 During a recent interview on Off Camera with Sam Jones, photographer Sam Jones’ webseries-TV show, Joseph Gordon-Levitt decided the best way to explain his collaborative project HitRecord was to show everyone, not tell them.

So he played a short guitar riff and uploaded an extended loop to his site, challenging people at home to record accompanying instrumentals using whatever they have handy and submit them by Nov. 1. They’re open to all kinds of sounds, too.

“This will be a play-along thing. If you play bass, if you play drums, or surprise me,” Gordon-Levitt said. “Some other instrument that I’m not even expecting… flugelhorn, synthesizer, the paperclip. Whatever you want.”

Once everything is compiled, Gordon-Levitt will make a music video out of the samples, and then air it on a future episode of Off Camera.

As of now, the song has more than 80 contributions, but there’s still plenty of time to get yours in and be part of the project.