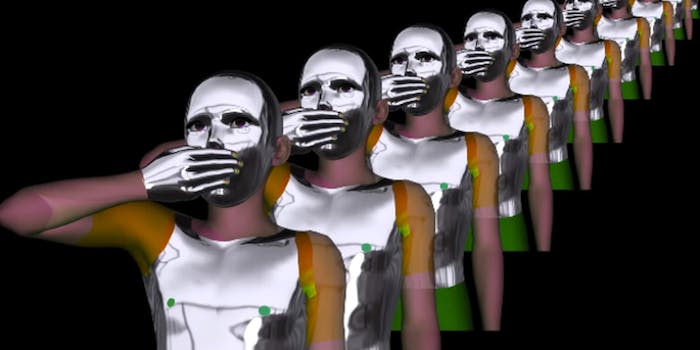 Who is Hitchhiker, and why can’t we stop watching this video?

When’s the last time you couldn’t get a song with essentially no words out of your head?

This is the effect of “11,” the latest track from mysterious Korean musician Hitchhiker. The song has no real, intelligible words, just a series of pitchshifted mouth sounds over sternum-rattling bass. The video is even more striking, featuring a series of CGI humanoids dancing around various neon urban landscapes.

The video was released in early September, and it’s already surpassed 1 million views and racked up more than 24,000 dislikes. “Gangnam Style,” by comparison, only has 10,000 dislikes.

On Sept. 5, days before the video’s release, Hitchhiker’s South Korean label SMTOWN released “The Story of Hitchhiker,” a satirical origin story for the “global superstar.” It features interviews with those who allegedly know and revere Hitchhiker, including a man wearing corpse paint. The interview subjects make grand proclamations like, “If it wasn’t for Hitchhiker, there wouldn’t be electronic music.”

Diplo already gave him a shoutout, which got more eyes and ears on this bonkers video:

koreans always on that next next u feel me https://t.co/JTDFxZiOYB

Is corpse paint guy really Hitchhiker? We may never know, but this is basically the new Spinal Tap. 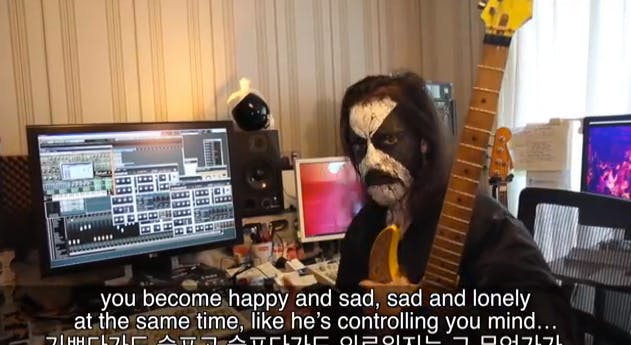