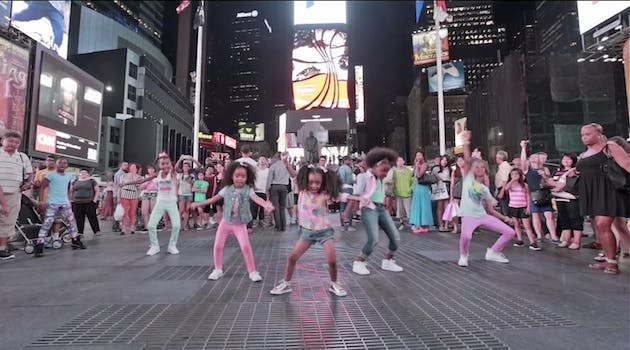 Can the magic of the Nae Nae strike again with 'Hit the Quan'?

You can whip and Nae Nae, but have you mastered summer’s newest dance trend, the quan? Dance YouTube network DanceOn is aiming to make the new moves explode with the help of stars like 5-year-old Heaven King.

King led the charge on DanceOn’s last success story, Silento’s “Watch Me (Whip/Nae Nae).” After DanceOn seeded the track as a challenge to its community, videos from King and other dancers topped 100 million views and led to Silento’s record label deal and radio dominance this summer.

Now DanceOn is looking for another success story with IHeart Memphis’ “Hit the Quan,” which started its viral ascent as a Vine favorite after rapper Rich Homie Quan started doing the dance move on tour. King and other DanceOn performers are filming their own takes on the hit, which instructs you to “get down low and swing your arms” to “hit the Quan.”

King takes her pint-sized dance crew to New York for her version of the song, going on a shopping spree before hitting the Quan in the middle of Times Square. The video has already racked up 770,000 views in five days.

Meanwhile, song creator IHeart Memphis is under investigation by Memphis police for his alleged involvement in a gang rape (the rapper denies the allegations). While it might be a bumpy road personally, the song continues to climb, jumping from 41 to 23 on this week’s Billboard Hot 100 Chart. It’s still got a long way to go to catch Silento at No. 3, but with the help of companies like DanceOn and performers like King, it’s on its way.