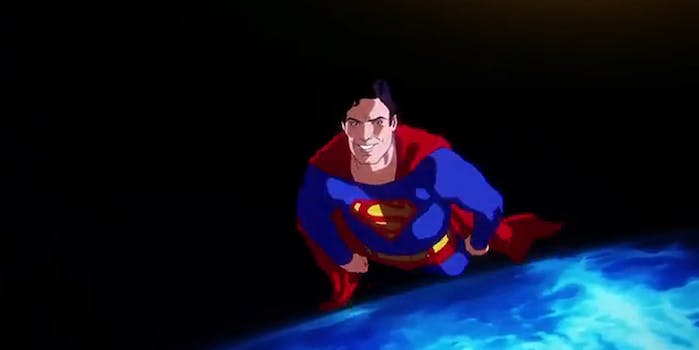 The Man of Steel doesn't look a day over 40.

A new YouTube video montage celebrates the 75-year history of one of America’s most iconic superheroes: Superman. And, appropriately enough, it flies by faster than a speeding bullet.

With the help of Warner Bros., Zack Snyder, director of this past summer’s Man of Steel, and Bruce Timm, an animator on Superman: The Animated Series, produced a video highlighting the colorful history of Clark Kent’s alter ego. Beginning with Superman’s debut appearance in the first issue of Action Comics in 1938, the video traces his evolution over the next 75 years—in just over two minutes.

Set to John Williams’ memorable score, the montage includes such poignant moments as the Death of Superman from 1992 and nods to the hero’s movie, television, and video game adaptations (yes, even the Scooby-Doo crossover). It wraps up on the sleek and intricately detailed Henry Cavill depiction of the Man of Steel from present day.

In case you blinked and missed some of them, an annotation on DC Comics’ website provides a complete list of the moments represented in the video.