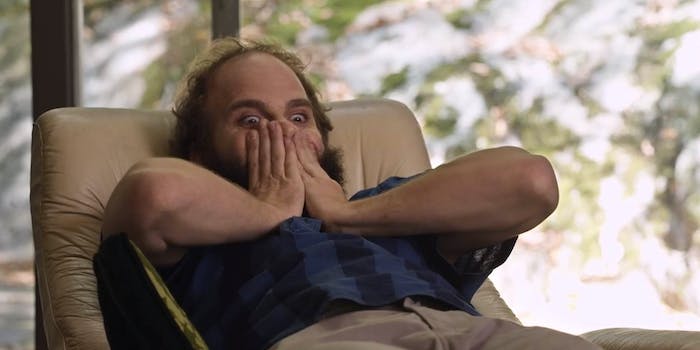 Stoner-friendly Vimeo series ‘High Maintenance’ gets picked up by HBO

Even more reason to sign up for HBO Now.

HBO has the best news for weed enthusiasts on this high holiday: The company picked up Vimeo webseries High Maintenance.

The series, developed by Ben Sinclair and Katja Blichfeld, focuses on a nameless weed delivery man in NYC (played by Sinclair) and the curious people he meets on his travels. It was developed at Vimeo as its first original programming project, and it has picked up a pretty impressive fanbase after just two seasons. The second season was tested out as part of the Vimeo On Demand platform, which caused some fans to balk at having to pay for the content.

However, the episodes in season 2 showed High Mainteance was attempting to become more than just a webseries by fleshing out characters and storylines. With this new deal, Sinclair and Blichfeld will produce six new episodes exclusively for HBO. Vimeo CEO Kerry Trainor said in a statement:

The pickup by HBO is incredible validation for the show as well as the global creative community developing and releasing innovative programming directly on Vimeo. The barriers between online and traditional distribution continue to erode and we look forward to continuing to support High Maintenance as well as future projects from Ben and Katja.

Michael Lombardo, HBO’s president of programming, said the premium channel is “thrilled to bring this sophisticated and clever series to our HBO audience.”

HBO subscribers will also be able to catch up on the past two seasons of High Maintenance later this year. Even more reason to sign up for HBO Now.