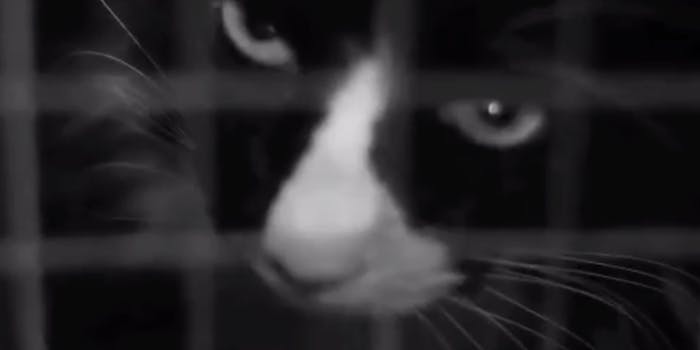 In Henri's third video, the ennui-filled feline reflects on his life and fame during a visit to the vet.

It’s been four years and more than a million views on YouTube, but Henri the cat still wrestles with the throes of success.

His life, comfortable and air-conditioned as it may be, is riddled with doubts and insecurities. Days turn into months, but Henri remains a cat, a feline bereft of voice and pride and opposable thumbs.

“Nothing has changed,” he tells his audience in French. “I’m told I’m famous on the Internet. But for what? My torment?”

In the third installment of Seattle director Will Braden’s “Henri” series, the tortured feline ponders his fate from the operating room of the veterinarian’s office, questioning depression and disillusionment as the vet “checks for gunk in my ears.”

Posted onto YouTube Saturday, the video has already accrued over 100,000 views and an endless supply of kind words. Some of those words have even gone towards Henri, who’s rarely depicted as the subject of such support.

“Henri, you are not alone,” YouTuber froglady3344 wrote. “My kitties listen carefully and nod in agreement to your depressive existence… You are able to put into words what they can only accept, wordlessly… We love you and I think I detected a small smile, or was that a sneer? Mon ami, Je t’aime.”