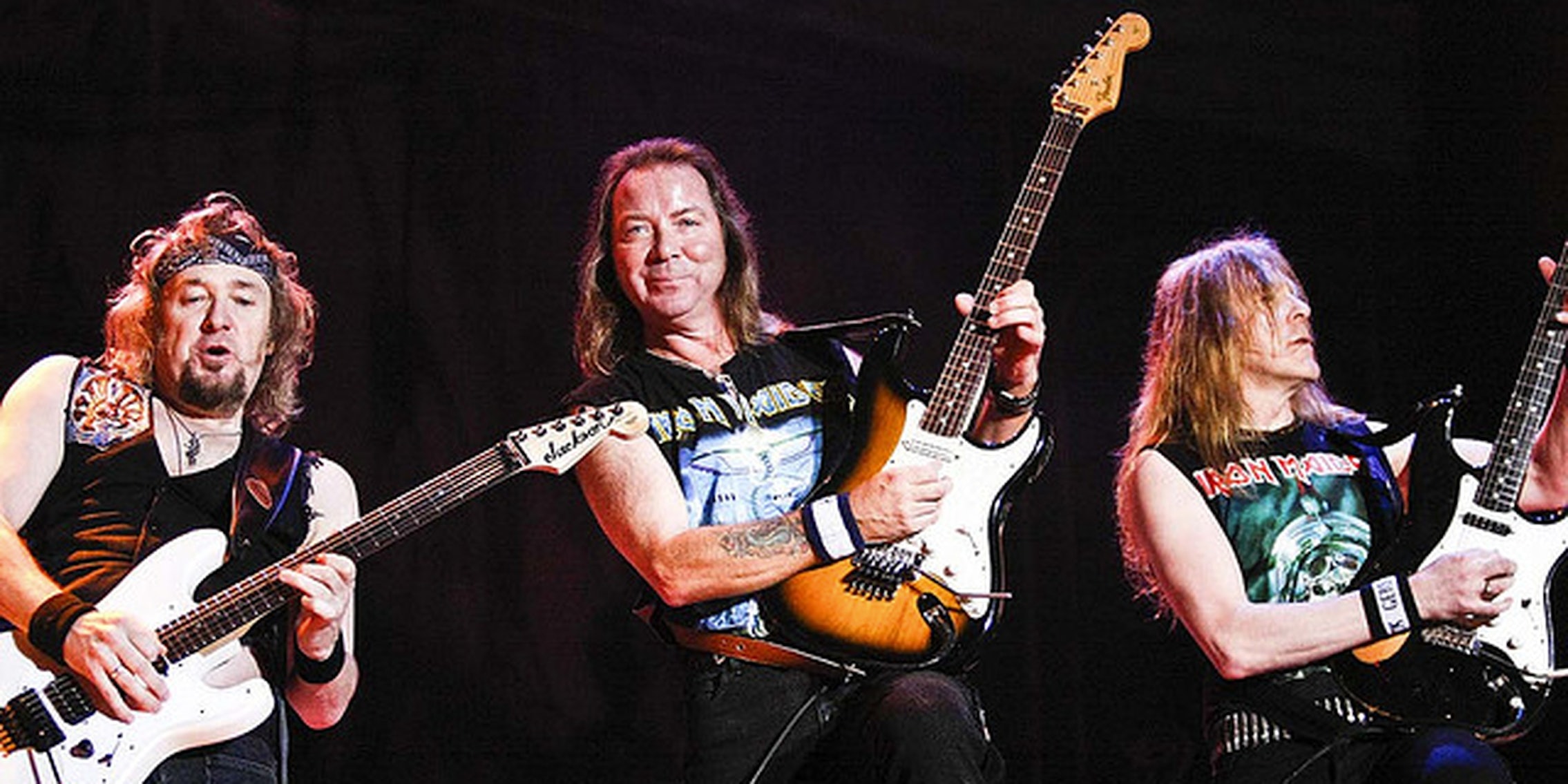 Spotify’s most popular genre may surprise you

For those about to rock, Spotify salutes you.

Spotify is apparently the true home of heavy metal music. That, at least, is what Spotify believes, as evidenced by the survey the streaming music did to determine which genre of music fan was the most loyal.

On Spotify at least, metal reigns even harder than pop.

“To find out, we first identified the ‘core’ artists that, according to The Echo Nest (a part of Spotify), are most central to each genre, starting with the big ones, on a global level. Then we did  the same thing with local genres in various countries around the world. To create a measure of genre loyalty, we divided the number of streams each core artist had by their number of listeners. All of the charts are normalized against the genre with the loyalist fans. The first thing we noticed: Metal fans are the world’s loyalist listeners.”

To that, we say Hell Yeah (a metal band from Texas). Luckily, Spotify provided viewers with a handy Tool (a metal band featuring a noted wine maker) to see what the site measured in bar graph form. 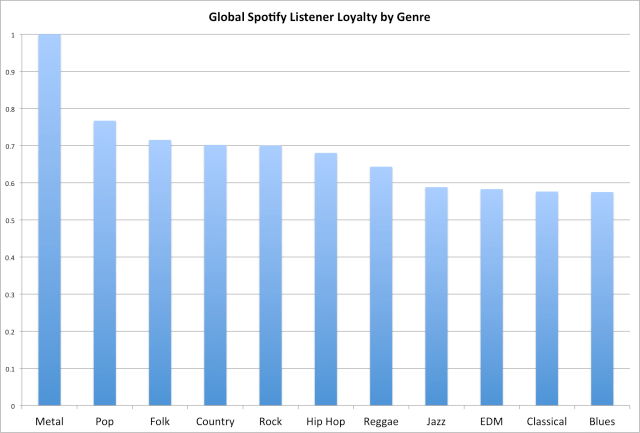 See that? Metal is more popular on a global level than pop, folk, country, rock, and hip-hop.

“It’s worth remembering our methodology here: We looked for repeated listens to the core artists from each genre—the ones sitting right at the ‘center’ of the genres, as it were,” writes Spotify. “So one could also reasonably conclude that Jazz, EDM, Classical, and Blues listeners play more fringe artists from those genres. This doesn’t necessarily mean Metal is ‘better’ than Jazz (metalheads would disagree), but it does tell us that Metal fans are in fact the most hardcore, according to this new measure of genre loyalty.”

There are actually a ton of country-specific graphics on this page—sadly, we don’t have the stats from Vietnam so we can see just how hard Hanoi Rocks (a metal band from, strangely enough, Finland)—and they show us the popularity of certain types of music in different countries.

In Brazil, for instance, Brazilian punk and rock gaucho beat out metal, but in Australia, metal easily holds off didgeridoo. Interestingly, metal is only the fifth-most popular genre in the U.S. behind regional Mexican, Latin pop, Native American, and emo.

Still, there’s great news here. If you ever thought that loving metal made you part of a tiny Mötley Crüe (a metal band featuring a well-endowed drummer) or that a religious puritan—perhaps a Judas Priest (a metal band that’s hell-bent for leather)—would punish your listening tastes by throwing you in an Iron Maiden (a metal band immortalized in Bill and Ted’s Excellent Adventure), you’re in luck.

Spotify allows those of us who love metal to ride that Mastodon (the guy on the right plays bass) into your own special Dream Theater (the guy on the left plays keyboards) world. It’s a world filled with Rainbow (a mid-1970s metal band from the U.K.) and animals with pure pallets (White Lion, Great White, Whitesnake, and Whitewolf), and not a place filled with Suicidal Tendencies (a metal band that just wants a Pepsi) and people forced to live on Skid Row (a metal band that almost certainly remembers you).

In short—and thanks to the good people at Spotify for notifying us—it’s a world filled with Triumph (a metal band from Canada).